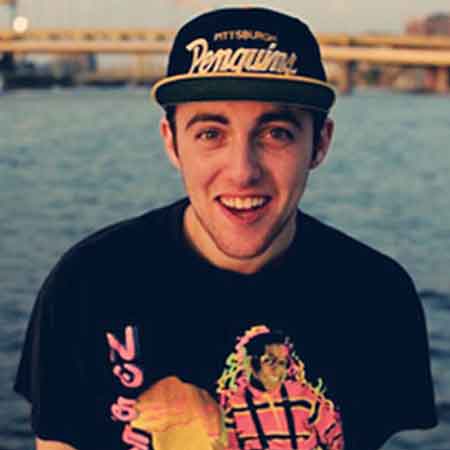 Mac Miller is an American rapper, singer as well as a record producer. Miller began his career as a rapper at the age of 14 in 2007. Blue Slide Park, Watching Movies with the Sound Off, Faces are some of his popular albums and mixtapes.

Mac Miller was born on 19th January 1992, in Pittsburgh, Pennsylvania, United States. His birth name is Malcolm James McCormick.  He is the son of a photographer, Karen Meyers, and an architect, Mark McCormick. His father is a Christian and his mother a Jewish however, Miller was raised Jewish.

Miller attended the Winchester Thurston School and later Taylor Allderdice High School. During his school days, Miller used to participate in all sports. And during his high school days, he decided to pursue his career in hip-hop. Moreover, he also plays piano, guitar, drums, and bass.

At the age of fourteen, Mac Miller began rapping and he released his first mixtape, But My Mackin’ Ain’t Easy in 2007 at the age of fifteen. Likewise, he released his second mixtape named How High in 2008. Miller further released several mixtapes and in 2010, he won two awards at the Pittsburgh hip hop awards.

Miller’s career breakthrough came after he released his fifth mixtape, Best Day Ever. The mixtape included hit songs “Wear My Hat” and “All Around The World” and also a single “Donald Trump.” Later on October 14, 2011, he released his another mixed tape entitled I Love Life, Thank You which included 13 songs.

Similarly, Miller released his next popular mixtape entitled Watching Movies with the Sound Off in 2013. Miller next released his tenth solo mixtape, Faces on May 11, 2014. Moreover, his recent album The Divine Feminine was released on September 16, 2016, which include his first debut single “Dang!”

Mac Miller previously dated Nomi Leasure in 2007. After that, Miller was romantically linked with Ariana Grande. Grande is an American actress as well as a singer. The two knew each other since they were 19 and has further released several songs in a collaboration.

Well, the couple began dating back in September 2016. In a collaboration, the two even performed in several events and concerts and often spent their time together. But the things didn’t go well in between the couple, so the couple broke up in May 9, 2018.

Since the age of 14, Mac Miller is active in the field of music industry. Till date, he has released several albums and all of them has successfully earned a good sum of money. As of now, Miller has an estimated net worth of $14 million.