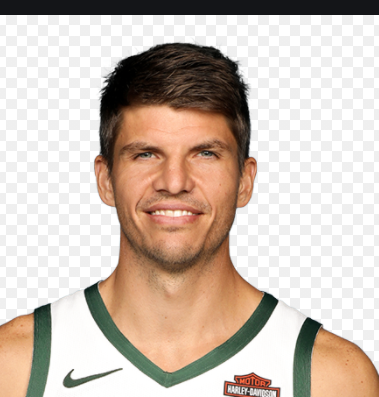 Kyle Korver is one of the renowned American professional basketball players who currently plays for the Cleveland Cavaliers of the National Basketball Association. Prior to that, he played for the basketball teams such as Atlanta Hawks, Utah Jazz, and Chicago Bulls, as a three-pointer.

Kyle Korver was born on 17th March 1981, in Paramount, California to Kevin Korver and Laine Kover. He is the oldest son of four children, Kaleb, Klayton, and Knox Korver.

Korver loved to play and watch basketball since his early age. He grew up in Los Angeles and was a huge fan of the basketball team, LA Lakers. Being one of the fans of Magic Johnson, Abdul Jabbar, he also decided to pursue his professional career as a basketball player.

He completed his primary education at the Pella High School. Afterward, he joined Creighton College and played for its basketball team. At that time, he earned a name of MVC All-Bench, All-Freshman, and All-Newcomer teams scoring 8.8 points per game, 43.4 percent from three-point and 89.5 percent from the free throw. Korver graduated from the Crieghton College pursuing a degree in Visual Communications.

The tall and handsome, Kyle Korver made his NBA debut with New Jersey Nets in 2003. But he was traded later to Philadelphia 76ers for $125,000. He played for the 76ers for almost four years and was traded Utah Jazz in 2007.

After playing for three years with Jazz, he played for Chicago Bulls and Atlanta Hawks subsequently. Currently, he plays for the Cleveland Cavaliers alongside Lebron James, Kevin Love, Jordon Clarkson, George Hill, J.R Smith, and so on.

Besides, the talented player has also received several honors and awards. Some of them are NBA record for highest three-point shooting percentage in a regular season (53.6%), Philadelphia 76ers record for three-point field goals made in a season, NBA Sportsmanship Award, NBA All-Star and so on.

The husband and wife have been together for almost seven years and till the present context, they have maintained their relationship very strong. Besides, the couple bearly appears in the media together. It might be because they don’t like to appear in news through their relationship.

The pair has not involved in other extramarital affairs and neither there has been any serious conflict between the couple which would lead to divorce.

Kyle makes a great amount of money from his basketball professions. Besides that, he also owns a charitable foundation called the Kyle Korver Foundation. The foundation contributes to many philanthropic causes. Likewise, he added a new line of clothing, Sheer Outfitters which is connected with the foundation to help the underprivileged children.

Allocating information from several sources as of 2018, it is found out that Kyle estimated net worth is around $18 million and seeing his growing success, he appears to be making millions of dollars in coming days.