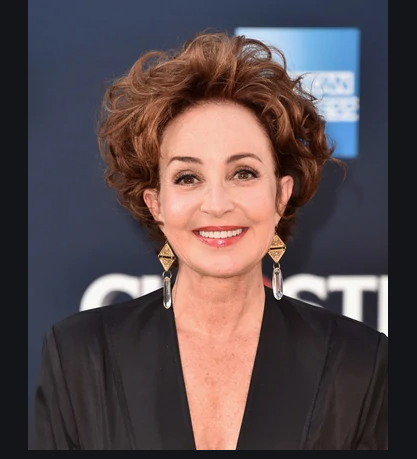 Potts is currently married to her husband James Hayman and has three children. Likewise, Potts was previously married to B. Scott Senechal, Greg Antonacci, and  Steven Hartley.

What Is The Net worth Of Annie Potts In 2019? Her Income, Earning, House, Salary

The Multi-award winner, Annie Potts earns a decent amount of money from her acting career. She has been active in this field since long and has starred in numerous movies and television series. Allocating information from several sources as of 2019, it is found out that Annie Potts has an estimated net worth of $8 million.

Potts and her husband James sold their house in Tarzana Los Angeles for $3.875 million. However, the house was previously kept on sale for $6.545 million before 2 years. Potts bought the property for $1.35 million in 1996. The house featured 1.5 acres of grounds along with a tennis court and two swimming pools.

Back in 2017, the couple bought a new house for $1.61 million at Sherman Oaks, California. Potts paid more than the asked price of $1.495 million. The house features 2,194-square-feet of living space along with 3 bedrooms and 2 bathrooms. Potts is living happily with her spouse and kids in her new home.

Recently, in February 2019, Potts along with her husband, Hayman listed the Sherman Oaks home for sale for $1.795 million.

How Is The Relationship Of Annie Potts Going With Her Husband? Her Married Life, Children, Spouse, Divorce, Affairs

The gorgeous and renowned actress, Annie Potts is married four times in her life. Potts was previously married to husband, Steven Hartley in 1973. But the things went wrong between the couple and separated with a divorce after five years in 1978.

After that, Potts tied the knot with second spouse, Greg Antonacci in 1978 but they separated within a year in 1979.

Likewise, Potts got married to husband, B. Scott Senechal in 1981 and also has a son from their relationship named Clay Senechal. But even being the parents of a son the couple failed to continue their relationship and divorced after eight years in 1989. In the same way, Potts was also rumored to be dating ex-boyfriend, Tim Curry.

CAPTION: Annie Potts with her husband and children
SOURCE: Twitter

However, even several divorces didn’t stop Potts falling for someone. Well, she is currently married to James Hayman. The duo exchanged their vows back on 2nd September 1990.

Do not miss: Elle Fanning Biography

Potts and her sisters were raised in Franklin, Kentucky. In 1970, Potts graduated from the Franklin-Simpson High School. Likewise, she received a bachelor’s degree in fine arts from Stephens College in Columbia, Missouri. At the age of 21, Potts faced a fatal car accident which left several bones below her waist broken.

Soon after getting recovered from injury, Potts made her big screen debut in 1978 through Metro-Goldwyn-Mayer comedy film Corvette Summer and was nominated for a Golden Globe Award in 1979. In 1982, Potts starred in the movie Heartaches as Bonnie Howard for which she won Genie Awards for Best Performance by a Foreign Actress in 1982.

CAPTION: Annie Potts and other cast members of Men In Trees
SOURCE: Twitter

Potts came to fame after she portrayed the role of Janine Melnitz in 1984 movie Ghostbusters and achieved more recognition after starring in Designing Women (1986–1993).

For her role as Dana Palladino on Love & War (1993–1995), she got nominated for Primetime Emmy Award for Outstanding Lead Actress in a Comedy Series.

Moreover, her other notable roles include Mary Elizabeth (O’Brien) Sims television series Any Day Now for which she was nominated for two Screen Actors Guild Award for Outstanding Performance by a Female Actor in a Drama Series. Potts has further starred in Joan of Arcadia, Close to Home, Men in Trees, Ugly Betty etc.

Furthermore, Potts has also done work on audio books as the narrator and heroine in the movie Telegraph Days. Similarly, she made her Broadway debut through the Tony Award-winning play God of Carnage where she portrayed the role as Annette. Currently, she appears on the series Young Sheldon as a main cast “Meemaw” Constance.

What Is The Age Of Annie Potts In 2019? Her Height, Weight, Body Measurements, Facts