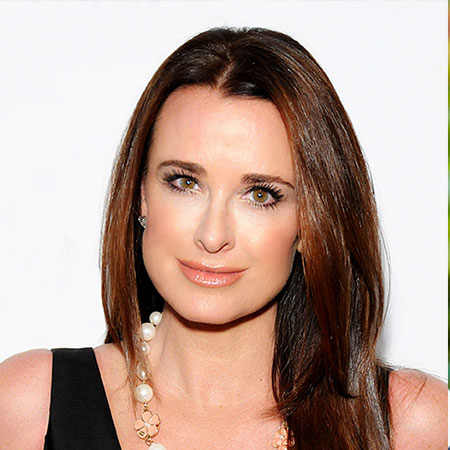 Kyle Richards is a popular American actress. She began her acting as a child artist. Having done several horror movies, she is quite popular among her fans. Born on January 11, 1969, in Hollywood, California, she is a daughter of Kenneth Edwin Richards and Kathleen Mary. Her parents split up in 1972. Her mother Kathleen remarried twice. She was raised up with her older half-sister Kathy Hilton and Kim Richards who is also an actress.

Kyle Richards started her acting in 1974 when she was just 5 years old. She acted as Alicia Sanderson Edwards in the television series Little House on the Prairie. In the 1970s, Kyle has seen on several televisions series and horror films. Her first horror film was cult classic Halloween which was released in 1978. In the starting of 1980, she worked in The Watcher in the Woods, opposite to Better Davis and Lynn-Holly Johnson. During the 1980s her roles were minor. She worked as a supporting character Lisa in National Lampoon’s Pledge This!. Later she appeared in My New BFF and The Simple Life. Having passion and acted since childhood, she has done many television series and films till date. Nicky Hilton and Paris Hilton are her nieces. Currently, she has been appearing on Bravo’s The Real Housewives of Beverly Hills. Her sister Kim was also in the series.

Not only she is in acting, Kyle Richards is also engaged in business. She has partnered with expensive fashion retailer Alene Too. They launched an innovative boutique concept called Kyle by Alene Too. In 2012 the boutique concept was first located at Brighton Way and Bedford Drive in Beverly Hills. The boutique featured exciting fashions and accessories which were designed by the world’s top exclusive designers.

While talking about her personal life, Kyle Richards is a married woman. She got married at the age of 18 in 1988 with Guraish Aldjufrie. Guraish is from Indonesia and they got married while Kyle was pregnant. She gave birth to a daughter and named her Farrah who was born in 1988. Unfortunately, their marriage didn’t last long. In 1990, the couple got separated and divorced two years later. On January 20, 1996, Kyle got married again to Mauricio Umansky who is a real estate agent. Umansky is of Greek Jewish and Russian descent. He was born in Mexico. The couple met 2 years before they got married. While they got married, Kyle was already 4 months pregnant with a baby daughter. She gave birth to a baby daughter on June 18, 1996. They named her Alexia. Later in the year 2000 and 2008, the couple had two more daughters. Sophia was born in 2000 and Portia was born in 2008. Kyle converted to Modern Orthodox Judaism after she married Umansky. The couple and four daughters reside in Bel Air, Los Angeles. Their family is listed on the “First Families” of the Children’s Hospital Los Angeles. It means that they have donated more than $100000 to the hospital.

Now talking about her physical appearances, Kyle Richards is a gorgeous and sexy brunette. She stands 5 feet 2 inches tall and weighs around 56 kg. Even at the age of 47, she looks quite younger than her age. She has an eye-catching figure and has maintained it very well. Her body measurement is 34-25-35 and her bra size is 34C. Her eye color is blue and hair color is dark brown. According to the sources, her net worth is estimated to be more than $30 million (2016).