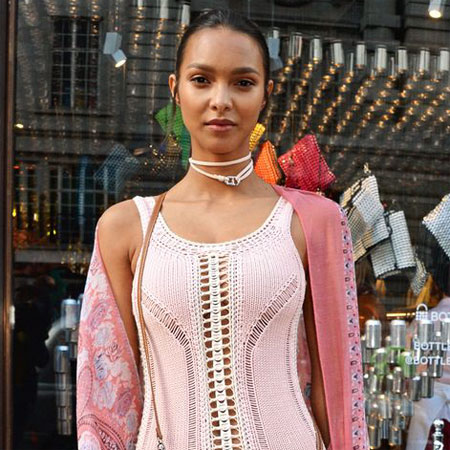 Lais Ribeiro was born on 5th, October 1990, in Teresina, Piauí, Brazil. She is the daughter of Maria do Socorro Carvalho Pereira and José Ribeiro de Oliveira Filho.

Lais Ribeiro’s father used to work as a shopkeeper, and her mother was running her restaurant near the city area. Ribeiro is of Brazilian origin and holds a Brazilian nationality. Before pursuing her career in modeling, Lais studied nursing.

Lais Ribeiro began her career as a model in her native Brazil after she gave birth to her child. She was spotted at a competition in Brazil. Lais Ribeiro then moved to New York to pursue modeling. She made her big runway debut in the fall 2010 Rag & Bone show.

Moreover, she led the major international catwalks for such designers like Chanel, Louis Vuitton, Shiatzy Chen, Gucci, Dolce & Gabbana, Versace, and Marc Jacobs and much more.

Later on, she managed as a standout amongst the most reserved models of Brazil and her works inside Sao Paulo Fashion Week. Furthermore, Lais Ribeiro photographed for American, Brazilian, German, and Italian Vogue.

What an incredible night!! ??

Furthermore, she has appeared on international magazine covers, such as Elle Italy. She also walked the runway for many major designers, such as Ralph Lauren, Elie Saab, Diane von Furstenberg, Oscar de la Renta, and more.

Lais Ribeiro was in a relationship with a Spanish model, Adrian Cardoso in 2012, but they broke up their relationships later. Ribeiro has a son, Alexandre Ribeiro born on May 17, 2008, from her previous relationship.

Currently, Ribeiro is dating an American basketball player, Jared Homan. The couple has been dating since 2015. Jared and Lais have done many photos shoot together. The couple is usually seen together in most events. They also have spent their recent holiday with their friends in the city of gambling “Las Vegas.”

Lais Ribeiro made her appearance with many well-known designers and featured in various magazines. Lais surely earns a good salary from her career which adds up her current net worth of $3 million.