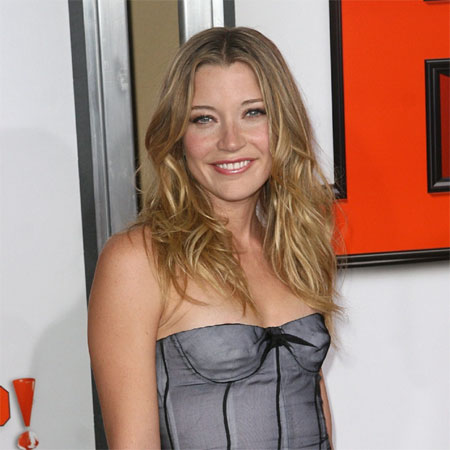 Sarah Roemer is an American Actress and Model, well-known for featuring in Disturbia as a lead actor. She has also featured in movies such as Fired Up, Walking Madison, The Event, Chosen, and much more. Being as a Model, she has also done modeling for several fashion lines and brands.

Sarah is happily married to her long-term boyfriend, Chad Michael Murray in 2015. The couple met in the set of television series, Chosen and fell in love with each other, and after dating for around five months, they married.

Sarah Roemer was interested in modeling and acting since her childhood. Talking about her education, she attended Horizon High School.

At age 15, Sarah Roemer was discovered by a model agent at a 7-Eleven near her high school. As a model, she has appeared on the cover of Maxim Magazine, Modern Dog and much more. Then, Sarah Roemer moved to New York to further her career when she was 17.

With her striking beauty and talent, Sarah Roemer made her acting debut in 2006, playing high school student and cheerleader Lacey Kimble in the horror flick, The Grudge 2. The following year, Sarah Roemer was cast alongside Shia LaBeouf in the thriller Disturbia, where she played the love interest and neighbor of LaBeouf.

Moreover, she was nominated for MTV Movie Award for her role in the 2007 film Disturbia. Following Disturbia, Roemer scored her first lead role, starring in the 2007 supernatural horror film, Asylum. In 2009, she played Richard Gere’s character’s daughter in the drama Hachiko: A Dog’s Story, based on a Japanese feature.

In 2010, she was cast as Leila Buchanan on the NBC conspiracy thriller The Event. From 2013 to 2014, she starred as Avery Sharp in the series Chosen.

Sarah Roemer is a happily married woman. She got married to her long-term boyfriend, Chad Michael Murray on January 2015. The couple met in 2014 on the set of television series, Chosen. Soon, they fell in love with each other, and after dating for around five months, they married.

A few years back a woman walked into my life. After seeing the beauty, inside and out, of this gorgeous creature I realized what I’d always been looking for all these years. HER! Seeing her actions day to day & the heart she possesses made me want to be a better man every minute of my life just so I felt like I deserved to be in her presence. (Still a work in progress????) Now, Here we are celebrating our 4th set of birthdays together, 2 incredible kids later and I couldn’t be more honored and proud to be her husband. Happy Birthday Mrs. Murray. @rooeemer I love you dearly. Back scratch coming ur way???? #HappyBirthday #Wife #Family

As a loving spouse, they welcomed a baby boy in May 2015, but have yet to reveal his name. Their second child, a daughter, was born in March 2017. Sarah Roemer also owns some dogs that she likes to take on beach sidewalks.

Sarah Roemer earns a good sum of money in her career. With her incredible talent, She starred several films and TV series through which she receives a good sum of money as salary. Moreover, Sarah was on the cover of Modern Dog, an American magazine for dog lovers, with her two dogs, Clyde, a French Bulldog, and Dylan, a Cavalier King Charles Spaniel.

Additionally, Sarah also obtains a decent amount of money from several fashion lines and brands as an endorsement. Allocating information from several sources as of 2018, it is found out that Sarah Roemer’s current estimated net worth is around $2 million.