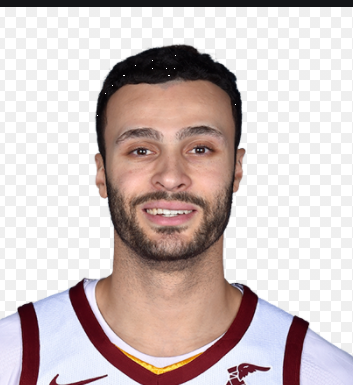 Larry Nance Jr. is an American professional basketball player who plays for the National Basketball Association. He has six points and five rebounds in the NBA debut which came in 2015 against the Brooklyn Nets.

Nance is engaged to his longtime girlfriend, Hailey Pince. The couple is living together happily.

Larry Nance Jr. was born on January 1, 1993, in Akron, Ohio. His father Larry Nance is a former basketball player for the Phoenix Suns and Cleveland Cavaliers.

The talented basketball player, Larry Nance Jr. was selected with the 27th overall pick in the 2015 NBA draft by the Los Angeles Lakers. Later on, he signed a contract with them and made his NBA debut with Brooklyn Nets in 1 104-98 win.

Additionally, the famous player, Nance scored a career-high 18 points in a 118-110 loss to the Chicago Bulls. In recent days in 2017, he was ruled out for four to six weeks after fracturing the second metacarpal against the Portland Trail Blazers. As a result, he missed around 11 games.

Furthermore, Nance was also traded along with Jordan Clarkson to the Cleveland Cavaliers in exchange for Channing Frye, Isaiah Thomas and a 2018 first round draft pick. He played his first two games as a Cavalier with No.24, and after that, he switched to No. 22 jersey.

Although Nance is pretty uptight in sharing his personal details to the outer world including media and public, he is dating Hailey Pince. The duo met each other at the Wyoming where Pince was a swimmer. After dating each other for several years recently in 2018, he is engaged to Hailey Pince.

Moreover, Pince has now started her career in the field of modeling and is seen active on Instagram. Nance is also seen active on different social media including Twitter and Instagram. He has posted numerous pictures with his girlfriend, Hailey Pince on his Instagram account. He has been diagnosed with a Chron’s disease, a disease which affects any part of the gastrointestinal tract.

Nance is living a lavish life. He is a professional basketball player so his net worth can be assumed as more than millions of dollars. He often posts several photos of his luxurious lifestyle having fun and vacations on his Instagram.

Standing 6 feet 10 inch in height, Nance has an attractive body physique of 205 lbs.