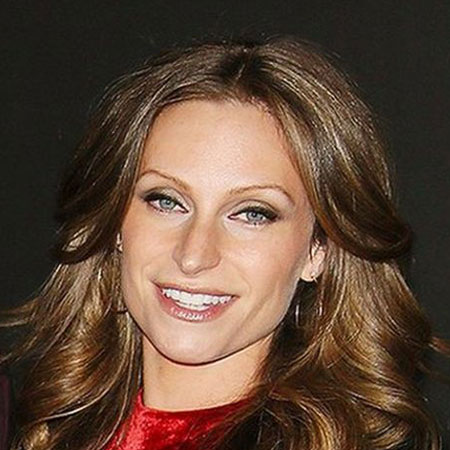 Lauren Hashian is an American singer-songwriter, widely known as the long-term girlfriend of Dwayne Johnson. She has appeared as one of the finalists in the 2005 competition, ‘R U That Girl’. As well as she is co-writer of a song for “Only You” for hip-hop artist, YaBoi Shad.

Dwayne started dating Lauren after getting divorced from his first wife Danny in 2007. The duo welcomed their first daughter, Jasmine Johnson. Lauren also has a daughter from her first marriage.

Lauren Hashian was born on 8th September 1984, in Lynnfield, Massachusetts, United States. Her father, Sib Hashian was an American musician, known as a drummer for the rock band Boston. Her mother, Suzanne Hashian used to work as a Bunny at the Dallas Playboy Club.

Hashian has two siblings named Adam and songwriter, Aja Hashian. Sadly, her father Hashian died at the age of 67 on 22nd March 2017, after collapsing in the middle of a set while performing on board a cruise ship.

Lauren heeded her father’s enthusiasm, proceeding her career in music with a Soundcloud website. She performed as one of the finalists in the 2005 competition “R U That Girl” which was hosted by TLC’s Chilli and T-Boz. Sadly, Lauren did not win.

Similarly, Lauren co-wrote a song for “Only You” for hip-hop artist, YaBoi Shad. She accompanied her father on stage in 2005 when he held a special concert with Boston guitarist Barry Goudreau. Likewise, in 2006, she sang with her dad’s band, Ernie, and the Automatics.

Huge congratulations to @LaurenHashian! Her video for #GoHard was just accepted to MTV VOD! Watch it here now https://t.co/e7LJXQsMFF pic.twitter.com/IzrHgVDXin

Lauren became a central point of media when she met Dwayne Johnson in 2006. At that time he was filming his movie “The Game Plan,” in the Boston area and Dwayne was married to his first wife, Danny. However, they divorced in 2007. Shortly, after the split, Dwayne, and Lauren reportedly began dating in 2007, leading some fans to query if he broke up his marriage for her.

Though they are together for almost ten years, Dwayne and Lauren have only walked a few red carpets together. She joined him in 2013 for the premiere of G.I.Joe: Retaliation and again in 2014 for his movie, Hercules. They did appear side-by-side at the 2015 Academy Awards, but this couple prefers to keep their personal life private.

Moreover, on 16th December 2015, they welcomed their first child a daughter, Jasmine Johnson. She also has a daughter from her husband’s previous relationship.

Dwayne “The Rock” Johnson is celebrating his daughter Jasmine‘s first birthday on 17th December 2016, and he has shared a video of him singing “Happy Birthday” to her. He croons to his little girl while she claps along and it’s so adorable to watch. At the end of the video, Dwayne asks, “Who’s the best daddy in the world?”.

Hashian became Dwayne’s rock when he found out about Paul Walker’s death. She was with him when she got the news of his untimely death. “She instantly turned pretty quiet and was looking at me, studying, wondering if I knew,” he told The Hollywood Reporter. When she told him, they said a prayer for Paul’s daughter and once they got home, they “started bawling.”

Lauren holds an American nationality and belongs to white ethnicity. The 5′ 8″ star has a seductive body measurement of 34-24-35 inches. Being a singer and songwriter, she has earned a good sum of money in her career. Though she hasn’t had as much net worth as Dwayne Johson, her net worth is estimated to be around thousands of dollar.

On the other side, Dwayne is one of the highest paid actors in the Hollywood industry. He has featured in several hit movies and TV series through which he receives a huge sum of money. Allocating information from several sources as of 2018 it is found out that Dwayne Johnson current net worth is estimated to be around $190 million.