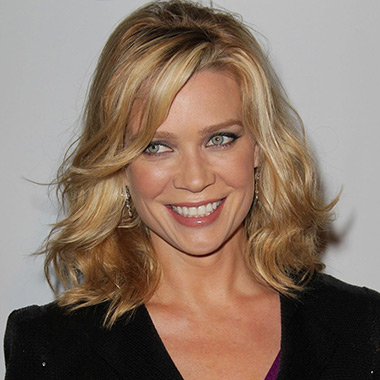 Laurie Holden was born in Los Angeles and spent her childhood in Toronto; she holds dual citizenship in both the U.S. and Canada. He father Glen Corbett and mother Adrienne Ellis both are actors and after their divorce, her mother has married to director Michael Anderson. Because of that, she has seen spending her time between Los Angeles and Toronto, Ontario, Canada. She has a younger brother name Christopher Holden and a half sister.

For her education, she was admitted to Bishop Strachan School and later attended McGill University, where she was the student of economics and political science. In 1993 from University of California, Los Angeles she received a degree in theater and film. At the university, she was the member of National Honor Society. She has received her Master of Human Rights degree from Columbia University.

As she was fond of acting, she received her first film role when she was very young. In 1986, she has won ‘The Look of the Year’ modeling contest in Toronto and was offered a minor role in the comedy movie Separate Vacation. Early in her career, Holden established her name by working in the movies like Physical Evidence (1986), Young Catherine (1991), and in TV movies TekWar: TekLab (1994) and The Pathfinder (1996). She has also performed in different plays also. After appearing as a guest actor in several movies, Holden found some success from the sci-fi series The X-Files. Some of Holder’s most notable film includes The Majestic (2001). For her performance in the movie, Holder received critical acclaim and praise. The X-files, sci-fi series, Canadian comedy Bailey’s Billion$, Fantastic Four (2005), Silent Hill (2006), The Mist (2007), and The Shield. From 2010 to 1013 she was cast in a drama called The Walking Dead. In 2013 as an executive producer he has done the movie Honeytrap. In 2014 she was seen in the third season of Major Crimes. In the same year, she was seen in the movie Dumb and Dumber. In 2015 she appeared on the third season of Chicago Fire.