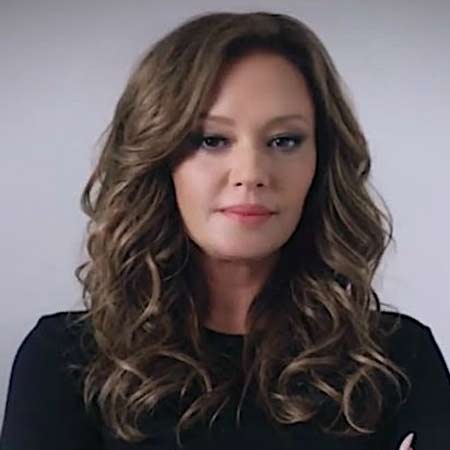 Leah Remini is an American producer, author, actress, former Scientologist, and current anti-Scientology activist. She was a member of the Church of Scientology.

Remini is famous for her role as Carrie Heffernan on the long-running series named The King of Queens. Further, she is known for her role as Lara Campbell in the movie Old School.

Leah Remini was born on 15th June 1970 New York City to George Remini and Vicki Marshall. His mother was a schoolteacher, and his father has owned an asbestos removal company. Her father is of Sicilian ancestry, and her mother is of Austrian Jewish descent.

She has a sister named Nicole and four half-sisters named Shannon, Christine, Elizabeth, and Stephanie.

When she was just nine years old, her mother attended the Church of Scientology and then after she was raised as a Scientologist. At the age of thirteen, she shifted to California with her mother and spent her teenage years in Los Angeles, California.

From the age of nine, Remini was the member of the Church of Scientology. She helped the Citizens Commission of Human Rights to promote the gala opening of the Psychiatry: An Industry of Death museum on Sunset Boulevard in Hollywood.

In July 2013, she left the church of Scientology. Then she bagged her role in the field of acting. Her first role was on Who’s the Boss? as Charlie Briscoe which led to a spin-off series named Living Dolls.

In the series, she starred with Halle Berry. She had a supporting role on the short-lived ABC comedy entitled The Man in the Family.

Further, she has a recurring role in the comedy movie Old School. She also starred in her own reality show which was aired on VH1. On 15th December 2009, she featured on Lopez Tonight with a role of Carrie Heffernan along with George Lopez.

She also competed in the season 17 of Dancing with the Stars. In the show, she was partnered with a professional dancer Tony Dovolani.

Besides acting, Remini was a co-host of The Talk, a CBS Talk show which was premiered on 18th October 2010. Sharon Osbourne, Sara Gilbert, Julie Chen, and Holly Robinson Peete were her co-hosts.

Leah Remini is a married woman. She is married to a famous actor Angelo Pagan. The couple first met with each other at a Cuban restaurant in 1996. Her husband, Angelo has three sons from his previous relationships.

Remini and Pagan were married on 19th July 2003. They were blessed with a daughter, Sofia who was born on 16th June 2004, the day after Remini’s 34th birthday.

The proficient actress is living a luxurious life. Allocating information from several sources as of 2018, it is found out that Leah Remini current estimated net worth is reported to be around $20 million.

Moreover, she earns a decent sum of money through her professional career as a host of the show named The Talk.