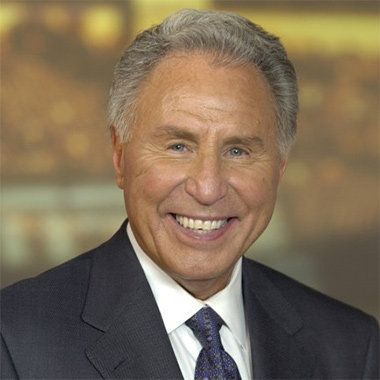 Lee Corso is an American sports broadcaster. He was born on August 7, 1935. He is a very energetic commentator. He is the football analyst for ESPN and also a former college football coach. He has been running his own program on ESPN and has been in commentary for many years.

Corso was born in Lake Mary, Florida to father Alessandro and mother Irma. His parents were Italian immigrants. He went to Miami Jackson Senior High for his study. From there he played quarterback. Later he joined Florida State University (FSU) and was a roommate of actor and football player Burt Reynolds and Ron Fraser, the future University of Miami baseball coach. Corso was very fast on the football field and due to his speed he was nicknamed “Sunshine Scooter”. Not only fast, he was a very much defensive player and set the school record too. His record was for most career interceptions (14). The record was unbroken for two decades and was later broken by Monk Bonasorte. He completed his graduation in 1957 from Florida State with a bachelor’s degree in physical education. He completed his master’s degree from the same college in administration and supervision in 1958.

In 1962, Corso started coaching under his former FSU coach Tommy Nugent at Maryland. In the same year, following Nugent’s guidance to recruiting academically and athletically qualified a black player. He convinced Darryl Hill to transfer from the Naval Academy. Later in 1966, Corso began to coach the defensive backs at Navy and in 1969 became the head coach at Louisville. He coached his ESPN colleague Tom Jackson at Louisville. In 1972, he was hired by Indiana. He was a great coach and was very good at what he did. He was very popular in many states. After Indiana, he coached in many other teams. His coaching career was quite successful. Till then he had earned name and fame in coaching.

Corso was hired by ESPN for its Saturday College GameDay program as an analyst. He ran the program alongside his co-hosts Desmond Howard, Kirk Herbstreit, and Chris Fowler. He is quite popular for his mascot headgear prediction, which he does for ending every weekly show. By donning the headpiece of the school’s mascot, he chooses who he thinks will win the game at GameDays’s site. His prediction started on October 5, 1996, and on November 1, 2014, he made his 250th headgear pick. His record on 2015 headgear picks offers strong proof to his “detractors,” if you can call them that. Including the wrong pick on yesterday’s game of Oklahoma State over Oklahoma, he is 3-10 this season. Since 2002 that’s his first losing season.

Besides being a commentator, Corso is also an honorary chairman of Coaches Curing Kids’ Cancer. It is a charity that raises money for pediatric cancer research. He is also the director of Business Development for a Florida-based manufacturer of writing and art products.

For his contributions to football, he was awarded NCFAA’s “Contributions to College Football Award” and “Lifetime achievement and integrity” in 2010.

Being a popular coach and a host, he has thousands of fans and followers. He uses social sites like facebook, twitter, and Instagram. He is very active in it, mostly on Twitter. His twitter account is @TheRealLeeCorso. We can follow him in his social profiles to know more about his recent activities. According to the source, his salary is estimated to be around $500,000 and his net worth is known to be $3.5 million.