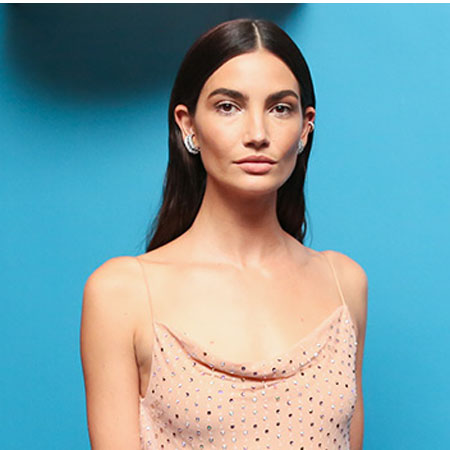 Lily Aldridge is an American model, well known for her work as Victoria’s Secrets lingerie model. Moreover, she has worked with the brands like Smashbox Cosmetics, J Brand, Velvet Tees and Levi’s jeans.

Lily Maud Aldridge was born on 15th, November 1985 in California. She is the daughter of Alan Aldridge, an English Artist, and Playboy Playmate of the Month, Laura Lyons. Her mother had excellent modeling experience, and all of her children are acquainted with the fashion industry.

Lily Aldridge has a brother, Franco Aldridge. Moreover, she has two sisters named Ruby Aldridge and Saffron Aldridge. She was only in her 8th grade when she was spotted by a modeling agency. Since then, she never looked back.

Aldridge’s modeling career began at the age of 16 with print modeling. Then, Abercrombie & Fitch hired her, and her initial modeling assignments include GAP, Tommy Hilfiger, Charles David, Levi’s, Bobby Brown and J. Brand. Her notable achievement came in 2003 when Spanish Vogue covered her as a cover girl.

Since then, she made her appearance on the covers of several magazines such as Vogue Mexico, French Glamour, Elle Korea, Elle Brazil, 10 Magazine and Allure Russia and much more.

So excited to be on the Cover @ElleChina leading up to the @victoriassecret fashion show in Shanghai!!!! ?????? Thank you ???? Photographed by @alexeihay Makeup by @cgonzalezbeauty Hair by @italogregorio

Lily also featured for the spring collection of the Rag & Bone clothing company and also served as a photographer. Her other print ads add the clothing company XOXO and the skincare company Proactiv, which she joined in 2014.

Additionally, Aldridge made her appearance in the Sports Illustrated Swimsuit Issue in 2014 along with Chrissy Teigen and Nina Agdal.

She has also walked in every Victoria’s Secret show since 2009, and last year she was the chosen angel to wear the Firework’s Fantasy Bra worth $2.0 million.

Then, she appeared on the cover of British GQ’s February issue. She loaded in as a picture taker for a similar campaign in the following season. Moreover, she featured in the music video for Bad Blood, Use Somebody and Temple.

Lily Aldridge is a happily married woman. She married her husband, Caleb Followill in March 2011 in California. Her husband, Caleb is a lead singer of the famous band Kings of Leon. Moreover, she has also starred in one of their music videos ‘Use somebody’.

The two first met at the 2007 Bonnaroo Music Festival, and from there they started their romantic relationship. Also, US reported that the couple was engaged in 2010, and a year later they married. As of now, they are the parents of a beautiful daughter named Dixie Pearl Followill. Their daughter was born on June 21, 2012. They still have a long way to go.

But, he is not her first love, she previously dated to an American artist, Michael Einziger from 2004 to 2006.

Being one of the most successful models, Lily Aldridge is making around $2.0 million annually. Lily Aldridge’net worth is estimated to be approximately $15.0 million. She resides with her family in a luxurious home in Nashville, next door to Taylor Swift.