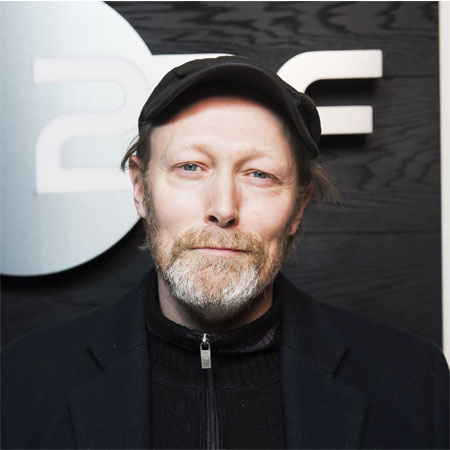 Lars Mikkelsen is one of the pre-eminent faces in the film industry. He is an actor who is best known for portraying Troels Hartmann in the drama series, The Killing. Similarly, he is also recognized for his work on the Netflix series, House of Cards as Viktor Petrov and Grand Admiral in Star Wars Rebels.

Mikkelsen was born on May 6, 1964, in Gladesaxe, Copenhagen, Denmark to Henning Mikkelsen, father, and Bente Christiansen, mother. Similarly, he is an older brother of actor, Mads Mikkelsen. Regarding his nationality, he is Danish and belongs to mixed ethnicity. In addition to his native Danish, Lars also speaks fluent German, English, and Swedish.

Lars joined the Royal Danish Army for military service after his secondary school. Afterward, he enrolled at the University of Copenhagen and studied biology. But eventually left his studies and began performing in the streets with his mime and juggling acts.

With a passion for being an actor, Lars joined National Theatre School of Denmark at the age of 27 and graduated in 1995. After two years, he then made an on-screen debut in the film called Royal Blues as Henning. In the same year, he also appeared in the television series, Strisser pa Samso as Jens Fiskrt.

Subsequently, he then made an appearance in the several television series and films. However, he gained an exposure after appearing in the BBC drama Sherlock and American television series, House of Cards.

Besides acting, Lars has also played for the Animated films such as The Wild, Bee Movie, Monsters vs. Aliens, The Dam Keeper etc. Currently, he has appeared in the film Winter and TV series, Herrens veje. Similarly, he is also still portraying for the series, House of Cards and 3D animated television series, Star Wars.

Aged 53 Danish actor, Lars is happily married to his wife, Anette Støvelbæk since October 10, 1989. She is a Danish actress mainly known for her work in the film called Itsi Bitsi.

The husband and wife have two sons from their relationship named, Thor and Lue Mikkelsen. The couple has maintained their relationship very strong. As of now, they have been together for almost 28 years and besides their relationship, none of them have involved in extra affairs. Neither, there has been any serious conflicts between them which would lead to the divorce.

Talented Lars Mikkelsen has been making a great amount of money from his acting professions. As of 2017, his net worth is under review, but according to several sources, his net worth is believed in million dollars.