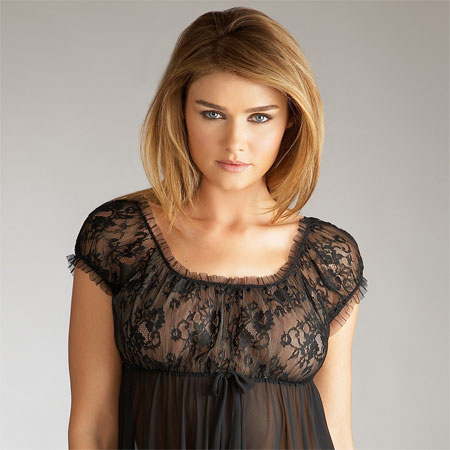 Sarah Mutch is a Canadian actress and fashion model. She is famous for appearing in the magazines like Vogue, Cosmopolitan, Elle, Maxim and Ocean Magazine. Likewise, as an actress, she is well known for appearing on television shows such as Smallville, Jake 2.0 and Supernatural.

Sarah Mutch was born on 21st December 1984 in Vancouver, Canada. Growing up in Canada, she was interested in modeling and acting since her childhood. Besides that, there is not much report are available on social sites regarding her early life and education.

My #childhood #fashion #inspiration- @larrykingnow ! I like to match my #bows & #suspenders ???? #memories

Sarah Mutch’s career began when Jeff Palffy discovered her at the age of 13 in her hometown of Vancouver, British Columbia, Canada. A year later, Sarah Mutch went to New York City to proceed her career. Since then she was seen in various magazines like Vogue, Cosmopolitan, and Elle.

In addition, Sarah Mutch also featured in the Daily Star and as her photographs appeared in the paper the next day. Sarah was listed #67 on the Maxim magazine Hot 100 of 2008 list. Sarah Mutch was recognized as Maxim’s Worlds, Sexiest Super Model for 2008. Moreover, she featured in the May and June 2010 cover of Ocean Drive.

Sarah Mutch has recently graced the cover of Cosmo, Maxim, and 944. Most recently her images can be found worldwide as the Guess Girl. Nowadays, Sarah Mutch is busy and involved in several modeling assignment and humanitarian projects.

Besides that, Sarah Mutch appeared in the movie, The Seamstress in 2008. Also, Sarah Mutch did the lead role in Funkytown in 2011 which debuted at the Toronto film festival in September. Sarah Mutch also did her appearance on television shows like Smallville, Jake 2.0 and Supernatural.

Sarah Mutch is a happily married woman. She got wedded to her long-term boyfriend, Kurt Rappaport on September 2017, where only their close friends and family attended their wedding ceremony.

Instagram: Sarah with her husband Kurt at their wedding;

Before that, the couple got engaged in 2015 and after three years of their engagement, they decided to get married. Her fiance, Kurt is a real estate businessman and CEO of Beverly Hills-based Westside Estate Agency.

Moreover, there was a rumor that Sarah Mutch engaged with the television personality, Ryan Seacrest in 2015.

She surely earns her attractive salary from her modeling and endorsements deals. However, Sarah Mutch has not mentioned her estimated net worth on social sites.