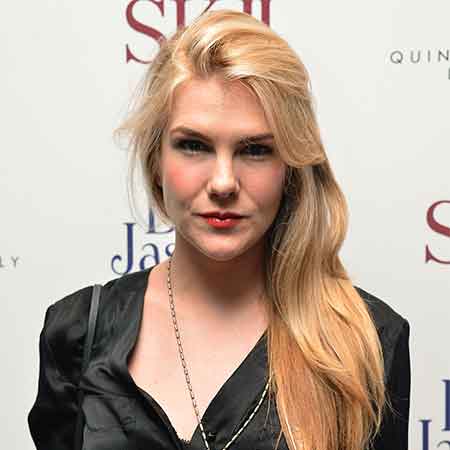 Lily Rabe is an American actress who is best known for playing a role of Sister Mary Eunice in the thriller drama, American Horror Story: Asylum. Besides, she also portrayed a lead role as Claire Benningan on the ABC science fiction series, The Whispers. She won SXSW Film Festival Awards for her work in an American drama film, Miss Stevens.

The beautiful and talented, Lily Rabe is a married woman. She married her long-term dated boyfriend, Hamish Linklater who is an American playwright and actor. The husband and wife are blessed with a child. So, let’s find out detail about Lily and her personal life, early life, career, salary, net worth and much more. Stay with us!!!

Lily Rabe was born on June 29, 1982, in New York City, New York to Jil Clayburgh, mother, and David Rabe, father. Her father is a renowned playwright and screenwriter who has won the Tony Award for best play. Whereas, her mother is an American actress who won the Best Actress at the Cannes Film Festival.

Rabe attended at the Hotchkiss School where she began dancing. She studied dance for approximately 10 years and taught ballet at a summer arts program in Connecticut. Later, she got an approach to perform a monologue in the Play Crimes of the Heart. Rabe then joined at the Northwestern University in order to study acting. She graduated from there in 2004.

Lily Rabe made her on-screen debut in the film Never Again in 2001 where she portrayed a role of Tess. She appeared in Mona Lisa Smile before earning her bachelor’s in theatre from Northwestern and moving back to New York City.

The beautiful and talented actress, Rabe scored a part in the production White Jesus and made her Broadway debut in 2005 in Steel Magnolias. Since then, Rabe has appeared in a handful of stage productions. Moreover, she also earned a 2011 Tony Award for Best Actress in a Play, The Merchant of Venice.

Lily Rabe married her long-term boyfriend, Hamish Linklater in 2014. Hamish is an American playwright and actor. The husband and wife welcomed their first child, the girl in 2017. However, the name of a child has not revealed yet.

The couple has been living together for almost fours years and still, they share a happy life with no rumors of divorce and external marital affairs. Besides, the couple both supports each other in their professions as well as to their daily activities.

Lily Rabe makes a decent sum of money from her acting professions. As of now, she has appeared in the multiple television series, films as well as a stage play.

Besides, she has also been nominated for multiple awards including Drama Desk Awards, Tony Awards, Critics Choice Television Awards and won SXSW Film Festival Awards. As of 2018, her net worth is estimated at around $2 million and seeing her current works, her net worth is sure to increase in coming days.