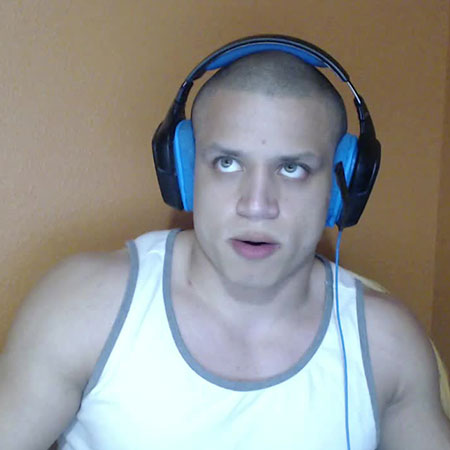 Tyler Steinkamp, better known as Loltyler1, or commonly Tyler1, is an American online Gamer with millions of followers on Twitch and YouTube. Tyler is notably known for playing and streaming League of Legends.

Tyler is titled as Most Toxic player in North America for his reckless manner of behaving badly and using offensive words. As of 2019, Loltyler1 has an estimated net worth of $500 thousand. Scroll down to know more about him.

Loltyler1 Net Worth, Salary, and Earning

As an online gamer, Loltyler1 or simply Tyler1 makes a decent amount by playing games and successfully amassed a net worth around $500 thousand which is huge for an online game player.

By playing games and streaming them online, Tyler is able to amass a tremendous sum of money. Loltyler1 has massive followers in his gaming internet profile Twitch which lead his views reaching a huge number and probably earning a nice revenue.

Loltyler1 has nearly 2 million subscribers on his YouTube channel with an average of a million views per videos which allegedly assists him to earn a good sum of money. He may also receive remittance from the ads, sponsorships, paid subscription and donations from fans.

Loltyler1 has a quite number of followers in Twitch account. He plays League of Legends primarily as Draven. Over time he already developed a reputation in the world of online gaming which is attracting more than 350,000 live viewers.

While the income from Twitch depends on the way of the game played where a streamer can earn from 1 cent to $1 per viewers per hour. The additional source to earn for Twitch steamer is from Affiliate Links, Selling Customized Merchandise, Donations, Sponsorship, and Tournament Winnings. 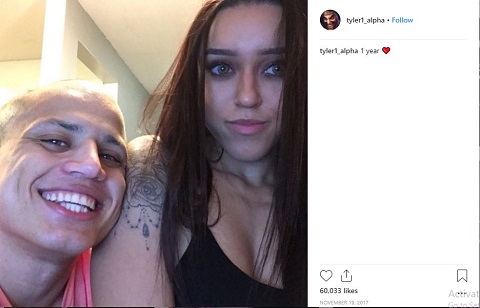 They first met at TwitchCon2016 and began dating in November 2016. For long the pair is together and is happily enjoying their love life. LolTyler1 frequently shares photos of his girlfriend on Instagram.

Moreover, on several occasions, Macaiyla further appears on the live stream videos of Tyler and they also discuss their love life while streaming. Except her, there is no any news of Tyler being linked with other girls.

Tyler Steinkamp was born on 6th March 1995, in Missouri, the U.S. As per his nationality, he is American and belongs to White ethnicity. Further, his star sign is Pisces.

There is no information regarding his parents but as per some source, Tyler grew up along with his brother named Eric. Talking about his educational background, after high school, he attended Central Methodist University and earned a degree in computer science.

Steinkamp was ranked 14th in 2014 North American Legends League ladder. Steinkamp became well-known in the community of the League of Legends for its toxic conduct shown on streams including threats to other players, verbal abuse, encouraging others to commit suicide and losing his teammates’ games intentionally.

Because of his toxic behavior, Tyler was even banned by LOL community. Later he again joined the LOL community and reportedly increased huge followers in his Twitch channel within a short period of time.