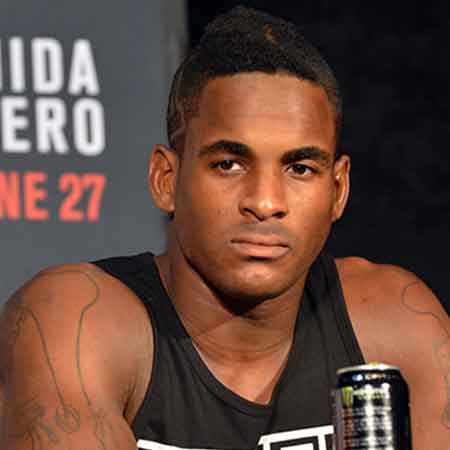 Lorenz Larkin is one of the popular professional mixed artists who currently competes in the Welterweight division of Bellator MMA. He has won MSMMA Light Heavyweight Championship, a performance of the night and Fight of the Night. Larking is also better recognized by the name of Mongoose.

Lorenz Larkin is very secretive when it’s about his personal matters. As of now, he has not shared any information regarding his family as well as his love life.

Lorenz Larkin widely renowned as Mongoose was born on 3rd September 1986, in Riverside, California, to American parents as one of nine siblings. He attended at the Riverside Polytechnic High School. Larkin is American by his nationality and is of mixed descent.

Larkin started training boxing at a young age and also played football. However, he was not able to take his boxing career further due to his father’s objections. But he did not give up and took up kickboxing and Brazilian Jiu-Jitsu which later led him to MMA.

Lorenz Larkin made his MMA career debut in August 2009 against Heavyweight prospect Walt Harris. He compiled an undefeated record of 12 wins and 0 loss.

He then made debut in the Strikeforce promotion in 2011 fighting against a kickboxer, Scott Lighty at Strikeforce Challengers where he won the fight via technical knockout in the second round. He fought there for almost two years and then joined UFC on 9th February 2013.

Throughout his time at UFC, Larkin faced numbers of fighters including, Brad Tavares, Costas Philippou, John Howard, Santiago Ponzinibbio, Albert Tumenov, and so on.

In 2017, he signed a multi-fight deal with Bellator MMA and faced fighters such as Paul Daley and Douglas Lima. More recently, he faced Fernando Gonzalez at Bellator 193 where he won the fight via unanimous decision.

Lorenz Larkin is very secretive when it’s about his personal matters. As of now, he has not shared any information regarding his family as well as his love life. But scrolling down his Instagram accounts, in one of his posts, he shared a picture of himself kissing to a woman captioning I guess she said yes.

The name of a woman is still unknown. Currently, he must in the relationship and might be keeping it secret in order to avoid paparazzi.

Lorenz Larkin makes a decent amount of net worth from his fighting career. As of now, he has set the MMA record of 19 wins out of 27 games, 11 wins by knockouts, and eight wins by decision.

Moreover, Lorenz also receives a good sum of money from several brands as an endorsement. Allocating information from several sources as of 2018, it is found out that Lorenz Larkin current estimated net worth is around $500 thousand.