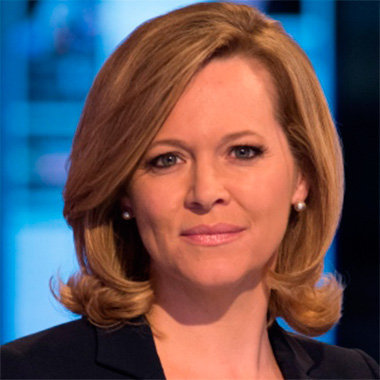 Lorna Dunkley is an English television presenter, journalist, and newsreader and known as an anchor for Sky News. Born 23 February 1972, Dunkley has shown her strong presence on British Medial with her charming face and strong command of voice. She currently works for Sky News, Sky’s 24-hour television news network as a news anchor and hosts programming.  She hosts programming from the Sky News Centre in West London.

Lorna Dunkley was born in Cirencester, Gloucestershire  and moved to Cornwall with her parents when she was six months old. Lorna was grown up in the Cornwall and attended University in South Wales. She graduated with Bachelor’s in Arts Hons in communication studies. After getting her BA degree she returned to Cornwall and studied journalism and graduated with NCTJ postgraduate diploma in Broadcast Journalism. After completing her education, she joined Westcountry Television as a researcher.

Lorna Dunkley started her career as a researcher for ITV Westcountry in Plymouth as a researcher. Later she worked as a reporter and covered stories including the environmentalist Swampy’s eight-day-long underground protest and the Devon road protests. Lorna joined Sky News in 2002 and covered some of the hot national and international stories. Before joining Sky News she worked eight years in ITV Westcountry where she hosted entertainment and current affairs program and news. She has also experience working with BBC Radio Cornwall.

Lorna Dunkley worked as a reporter for Sky News Sunrise, Live at Five, Sky News at Ten and Sky News Today. Further strengthening the weekend presenting line-up she moved from Sky News and joined Steve Dixon, Chris Roberts, and Mark Longhurst. During her career in Sky News, she covered Britain Storms and flooding in 2014. She also reported stories of Libyan Conflict and the aftermath of Colonel Gadaffi’s death. She has been to Iraq to cover Saddam Hussein capture by US forces. She also worked as a reporter for Sunrise during 7/7 London Bombings.

During her career, Lorna Dunkley got a chance to present live for the Diamond Jubilee of Queen, wedding of Prince William and Catherine Middleton and Prince Charles married Camilla. She has covered Glastonbury Festival. Lona has interviewed many Hollywood celebrities and politician from around the globe. She has interviewed music legends such as Dustin Hoffman, Kate Winslett, Cameron Diaz and Duran Duran !

Recognizing her contribution in covering stories from around the world, Lorna Dunkley has been named the BT Young Journalist of the Year in 1996. In 1998 she was recognized as a “Young Achiever in Business” and attended Buckingham Palace reception in 1998. Currently, she is a permanent staff of Sky News. Coming to her personal life, she has married to Brad Higgins for more than 16 years and the couple has two sons James and Ollie. She appears in Sky News in a bold personality with a blond hair and despite being over 40, she still has got fair skin and there is no any sign of old age in her. She might have made good net worth out of her career but there is no any information about her earnings and net worth.