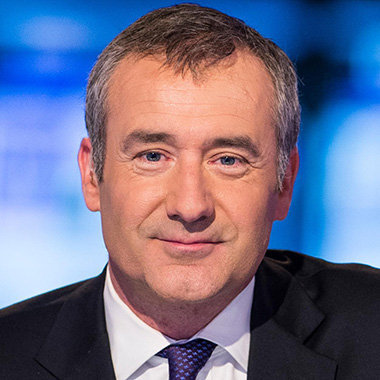 Colin Brazier is an English Journalist, News reporter and news presenter for a British media, Sky News Channel. Born on 28th March 1968, Brazier has prior experience of working in British Media.

Collin Brazier started his career from Northern Echo, Yorkshire Post as a reporter in the newspaper. He completed his graduate study from University first in English Literature. But contrary to his degree major, instead of working for infantry officer with the Green Howards regiment, he joined Yorkshire Post as a journalist.

Later he has also experience working at The Observer. After working at The Observer he moved to BBC. He spent some time in BBC and then started to work for ITV. In 1997, he joined Sky News. After joining Sky news he has worked in more than 35 countries while serving Sky News as Royal and Diplomatic correspondent.

In 2001, Colin Brazier became a political correspondent and also worked as a European correspondent till 2004. He currently serves Sky News as a full-time presenter. Brazier has won many awards during his career for his contribution in reporting stories from around the globe. He was the recipient of a gold medal from the New York TV awards. He was awarded by New York TV for coverage from Afghanistan.

He was the first British journalist to report from Iraq during 2003 invasion. His documentary Brazier’s documentary and Brothers in Baghdad were featured in Monte Carlo television festival. In 2006, he entered Southern Lebanon as the first journalist with Israeli forces.

Brazier was nominated in Royal Television Society Awards 2014 in presenter of the year category. In Libya, he interviewed the dictator Colonel Gadaffi at the last moment of his life.

Colin Brazier is an enthusiastic sportsman and he is a member of a charity which works for underprivileged cricketers, the Lord’s Taverners. He has experience of working in movies, including his appearance as a news reader in The Bourne Legacy 2012.

He remained private about his financial status. In July 2014, while covering the story of the destruction of Malaysian Airways flight MH17 over Ukraine, Brazier faced media criticism and was called for his resignation for filing tampering with the contents of a victim’s luggage. Later on, he apologized for his mistakes.

HIS BOOKS ON FAMILY

“Large families have many health and social benefits and were not as expensive as people are led to believe.” Colin Brazier stating the advantage of having Six children.

Utilizing his degree in English Literature, Colin Brazier has written a book about family life. In 2013, he wrote book Sticking Up For Siblings basing on his experience of having six children. This book got a positive response and considered as a book that encourages parents to understand advantages of having many children.