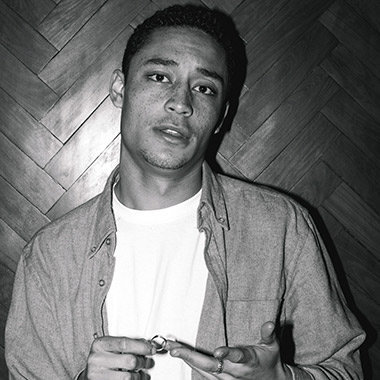 Loyle Carner is a British rapper and actor who has gained name and fame at the early age. Born name Benjamin Coyle-Larner is famous by his stage name Loyle Carner. He has made an appearance in some films which has given him the identity as an actor as well. Having sensitive and eloquent sound, Carner is considered as one of the sensational and terrific rappers of England. His sound has been described as confessional hip-hop by The Guardian. Active from 2012, Loyle has been struggling in the music field to make his place.

Born in 1996, Loyle Carner was raised in South London. From his early age, he has an interest in acting and music. He started to listen to rap music from his early days and has been observing different hip-hop bits. Loyle made his first appearance as an actor in a small role in the film 10,000 BC in 2008. He played the role of Young Hunter. Recognizing his realistic acting, he was offered a scholarship to Brit School and studied drama at the Drama Centre. Being pulled towards music strongly, Lyole could not continue his study in drama and left the school to pursue a career in music.

Working hard with the beats and tune for several years, Loyle Carner got his first official gig at The Button Factory in Dublin in October 2012. For the first time in the stage, he appeared in the Loyle Carner, re-lettering his surnames. After playing some gigs, he became more familiar with audience’s choice and became more confident. With his experience in stage, he released in first EP in September 2014 named A Little Late. He came in limelight after his first EP was released and started to perform on various stages.

Loyle Carner performed on big stages such as Glastonbury Festival, supporting Joe Badass during his UK tour. In late 2015, Carner collaborated with award-winning poet Kate Tempest, who is also known as a spoken-word artist and appeared on various stages. In October 2015, he got a chance to play on Huw Stephens ‘BBC Radio 1 show in their Piano session series.

Digging his personal life, till date, there is no any rumor about Carner dating someone. He has not been linked up with any women. Lyole Carner has hidden his personal life from media and he does not prefer to let his audience know about his personal life issues. Having curly hair and innocent looks, he might have been the point of attraction for many girls around him and they might have been following him secretly. Having passion for music, he prefers to give more time to music than relationship stuff.

Currently, Loyle Carner is busy in his musical tour. Recently his tour date for 2016 came out. He is going to perform in various cities such as Copenhagen, Brussels, Paris and Berlin. In February he did his UK tour, performing in major cities such as London, Manchester, Liverpool, Bristol, London, Nottingham and Brighton. To get latest update about his tours you can visit his official website. Carner is active in twitter and facebook.