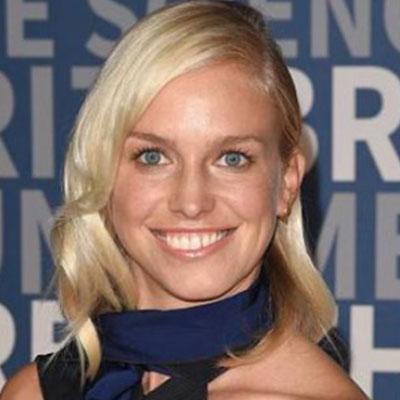 Lucinda Southworth is an American research scientist. She is the wife of Google’s co-founder, Larry Page. It would not be wrong to say that she is the perfect example of beauty with brains.

Lucinda is a well-educated woman. She is also very supportive of her husband, Larry Page. Many people do not know about the blonde beauty. So, to get more information about her life, net worth, career and more, keep scrolling.

Lucinda Southworth, also known as Lucy, was born on May 24, 1979, in the US. Her parents are Dr. Van Roy Southworth and Dr. Cathy McLain. Her father, a Ph.D. holder from Stanford University worked for the World Bank. On the other hand, her mother is an educational psychologist. Furthermore, she has a sister named Carrie Southworth who is a model and is currently starring in Tv show General Hospital.

Coming from a wealthy and educated family, Southworth graduated from the University of Pennsylvania, a private Ivy League research university based in Philadelphia. She completed her Master’s degree in Science from Oxford University. Furthermore, she holds a doctorate degree in biomedical informatics from Standard University.

As for her career, Southworth is a researcher. Her works include a comparative analysis of data expression in Eukaryotic Organism. She has devoted her life to research for biomedical field. Furthermore, her intellect and elegance have won many hearts. She also accompanies her husband in various events and has been a source of constant support for him.

Apart from that, Southworth is also involved in philanthropy. She participated in medical work in South Africa. Furthermore, she and her husband together donated $15 million through their family foundation ‘Carl Victor Page Memorial Fund’ to help combat the Ebola virus epidemic in West Africa. She is a generous person who has worked for noble causes.

Lucinda Southworth is a married woman. She tied the knot with boyfriend, Larry Page who is one of the co-founders of the most popular search engine Google. He is the former CEO of Google and presently the CEO of its parent company ‘Alphabet Inc’.

The two started dating back in 2006 and eventually got married in 2007. The wedding ceremony took place on the beautiful Necker Island in the Carribean. The ceremony was an extravagant affair with 600 guests including big names like Donald Trump, Gavin Newsom, and Ophrah Winfrey.

Southworth and Page have since been spotted at various events including the dinner for Vanity Fair editor Graydon Carton and his wife and also at the Vanity Fair post-Oscar party.

The couple is blessed with two children; a son born in 2009 and another child (sex unknown) in the year 2011. They have been successful in keeping their children out of the limelight.

The couple is happily married and has a beautiful family. There have been no rumors of their divorce and extra-marital affairs till this date. After being together for more than a decade, Southworth and her spouse are still going strong.

As a scientist and a researcher, Southworth earns a hefty sum of money. Her net worth is estimated to be more than $1 billion. Her husband Larry Page (net-worth  48.2 billion ) is a billionaire himself and together they have a combined net worth of $52 billion.

Southworth lives a luxurious life along with her family. Her husband, being one of the wealthiest people in the world owns the eco-friendly Palo Alto mansion which is valued at $8 million. Furthermore, he also owns a $45 million yacht named “Senses”, $15 million private Google Jet.

Lucinda Southworth is not just a great woman, but rather extraordinary. She and her husband are a power couple and they have amassed a fortune together.