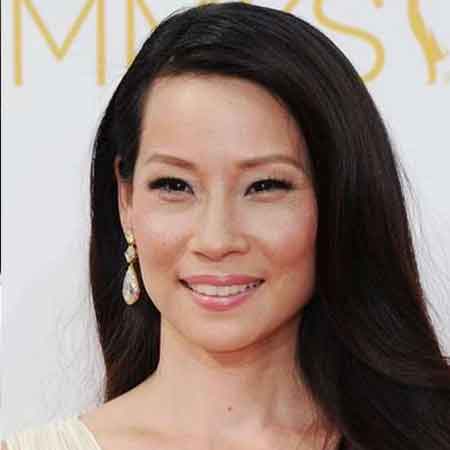 Lucy Liu is an American actress, director, film producer, singer as well as an artist. Liu was previously engaged to Zach Helm. Moreover, she further dated George Clooney and Will McCormack.

Liu also has a biological son named Rockwell Lloyd Liu. She is known for her role as vicious and ill-mannered Ling Woo in the television series Ally McBeal. Liu has won several awards including Screen Actors Guild Award and MTV Movie Award.

Lucy Liu was born as on 2nd December 1968, in  Jackson Heights, New York City, New York, United States. She is the youngest child among three children of her parents. Her father Tom Liu is a trained civil engineer and mother Cecilia Liu a biochemist.

Her nationality is American. Liu Grew up along with her brother Alex Liu and sister Jenny Liu. She attended the Joseph Pulitzer Middle School. In 1986, Liu graduated from Stuyvesant High School. Moreover, Liu graduated with a degree in Asian Languages and Cultures from the University of Michigan.

Lucy Liu made her acting debut through the series Beverly Hills, 90210 in 1991. Liu has starred in popular television series such as ER, The X-Files, Joey etc. Since 2012, Liu plays the role of Joan Watson in the series  Elementary alongside Natalie Dormer, Shiri Appleby, and others.

Similarly, Liu made her movie debut in 1992 through Rhythm of Destiny. She has starred in the movies like  Chicago, Tinker Bell etc. In 2018, Liu starred in movies including  Future World, Set It Up and Sherlock Gnomes.

In late 2004, Liu began dating an Australian actor Will McCormack but separated shortly after few months. Similarly, Liu further dated Noam Gottesman. They were spotted together in public several times but their relationship didn’t last long.

Similarly, Liu was also once spotted walking with an unknown guy holding hands. Furthermore, Liu was once rumored to be in a relationship with Wladimir Klitschko but none of them confirmed it.

On the other hand, Liu was once rumored to be getting married. However, she never talked anything about the rumors of her wedding. Well, Liu has a biological son named Rockwell Lloyd Liu born on 27th August 2015, via a gestational surrogate.

Lucy Liu Net worth and Salary

Lucy Liu has an estimated net worth of $16 million and her salary per episode of Elementary is $130,000. Liu earns a decent amount of money from her multiple professions. To date, she has starred in numbers of movies and television series.