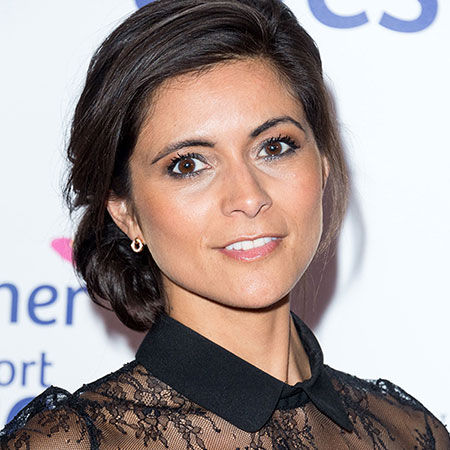 Verasamy, 38, is possibly single and unmarried. Furthermore, her current net worth is $0.5 million.

Verasamy has an estimated net worth of $0.5 million as of 2019. The significant source of her earning is her journalism career.

According to the source, she earns over $200,000 per annum as salary, working as a weather forecaster for ITV.

With a tremendous net worth and earnings, she is living a lavish lifestyle.

Verasamy is neither married nor in a relationship. Currently, she is possibly single. However, she was rumored to be dating  ITV weather presenting partner, Alex Beresford.

The two were spotted together on their way to the royal wedding as if they not only partners in TV but in real life as well. Nevertheless, Alex turned out to be a family guy with a happy married life—and not with Lucy.

Lucy was born on August 2, 1980, in King’s Lynn, Norfolk, England. Her full name is Lucy May Verasamy.

She studied at Silfield Primary School. She later attended Framlingham College Junior School. She then attended King Edward VII School located in Norfolk. She there studied A-Level Geography. She also attended Brunel University and graduated from there in 2001 with a BSc degree in Geography.

As soon after completing her graduation, she started working. She first worked as a forecaster at the Press Association’s weather center for four years. She there wrote forecasts for newspaper and scripts for radio. She gathered her working experience working at the Sky Weather Center. She then later as a weather forecaster joined Sky channel. She, as a regular weather presenter worked on the Sky News breakfast, show Sunrise.

The Sky News website started a feature in 2007. It was entitled Climate Clinic- Ask Lucy as Part of their Green Britain campaign. She there answered questions put forward by members of the public regarding climate change.

She also has a contribution to Sky News’ The Weather Girls blog. She then joined the newly launched ITV Breakfast program Daybreak on 6 September 2010. She there worked as a weather forecaster and environment correspondent with Kirsty McCabe.

McCabe then left the show on 7 February 2012 and left her as the sole weather forecaster. She also left the program on August 2, 2012. She as the national weather forecasts for ITV since 2012.