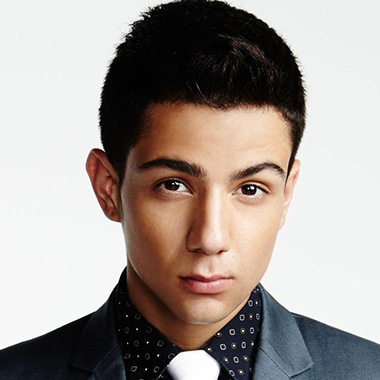 Luis Miguel Coronel Gomez, widely known as simply Luis Coronel was born on 3 February 1996. He was born and raised in the place Tucson, Arizona by his father Jalisco, and mother Sonora Mexico. In the Gomez family, he stands as the youngest siblings out of three other siblings. The talented singer with extraordinary music skills and soulful music came to live at the age of six.

However, he was highly inspired and motivated by his maternal grandfather (Tata). Luis recalls his past moment when the whole family involved in the traditional music where his grandfather motivates and interpreted the traditional songs to clear and understandable version so that everyone can enjoy the soulful music. Influential family music background and singing in the Christian themes in Church, he officially began his path to music when he was 6 years old. Though he never imagined how great he will turn out to be, but he proved his entire family and the world that he is one of the best.

Luis Coronel who’s another half of his life is more focus on boxing, spend his entire childhood practicing boxing. At one time when he was practicing in the gym and later decided to sing the song for the crowd. The song was recorded without his consent while he never knew at that particular moment his life was going to change. From there he was never the same and the things was never the same. He quit boxing and focus more time in music. At the same time, he was actively involved in facebook, youtube, blogging, Instagram and other social platforms. He became one of the hot assets in the internet media while he was followed by 466.4k people on facebook while 912k on Instagram and 15k on twitter.

Likewise, he has millions of views on his youtube channels and video. He initially began singing for the public through social media until the Chairman of The House of Record, Angel Del Villar discovered him. Looking at his singing style, sharp and clear cut sound, he didn’t leave any chance to sign him for the long term. Some of his singles which crash the Billboard charts in the year 2013 are “Mi niña traviesa,” “Será más fácil,” and “Escápate”. He gained huge success with his first album which was released in the September 2013. The album was in the top chart of Regional Mexican Albums and was certified gold in the Latin making the record of selling 30,000 copies. The young Coronel has won many several awards in the very small age and at the current time, he is quite busy with an American tour and working on his other albums.Luis-Coronel

I promised my dad before he passed away that I would take care of the family.

Moving towards his personal life, just like the other celebrities, he chooses to be selective and remains silent on this section. The versatile and multi persona has no information about his girlfriend and relationship status. He is young and career oriented and that might be the reason he is kind of far from this these things, however, there is a high chance that he will get many girlfriends in his later life.