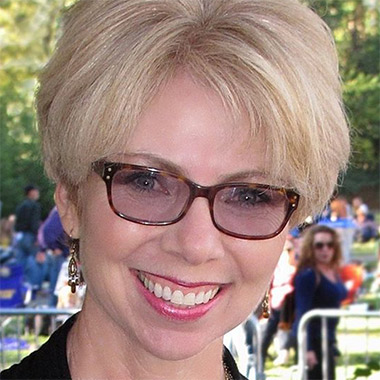 Liz Swaine is an American journalist as well as a former civil servant. She also worked with the Louisiana ABC affiliate KTBS-TV as a television anchorman. She also carried out an unsuccessful mayoral campaign in Shreveport, Louisiana. Shreveport is the third largest city in Louisiana.

Liz was born on May 11, 1960, and was raised in Chipley, Washington County Florida, USA. Her birth name is Elizabeth Swaine Culp. Her father name is Albert M. Swaine (died in 1983).

From 1978 to 1980 she attended the University of West Florida situated in Pensacola, Florida and holds an Associate of Arts degree in broadcast journalism. After her graduation, she started working for WEAR-TV and covered the Pensacola and Mobile, Alabama, media market.

In 1981, she moved to Shreveport and joined the KTBS news department and started working there. She was only 21 years old then. She was personally recruited for the position by station manager Edwin Wray. Edwin saw her on WEAR-TV while he was vacationing in the area. She remained working at KTBS alongside the famous journalist such as Ed Baswell and Al Pierce. In 1998, she resigned from there and became the executive assistant to then Shreveport Mayor Keith Hightower. After consecutive elections in 1998 and 2002, it was subsequently term limited in 2006. As an executive assistant, her annual salary was $108526.56 while Mayor Keith Hightower annual salary was $109623.84 which is only $1100 less.

She then helped Mayor Hightower to succeed in the nonpartisan blanket primary which was held on September 30, 2006. Hightower succeeds against ten opponents which include then member of the Louisiana House of Representatives, Democrat and eventual winner, Cedric Glover. Cedric is an African American. Other mayoral candidates include former vice president and general manager of KSLA-TV, Ed Bradley, outgoing Republican State Senator Max Malone, businesswoman Arlena Acree and retiree Vernon Adams.

Liz also worked for Calumet Lubricants Company as their communications director. The company maintains a large plant in Cotton Valley in central Webster Parish. She also was engaged in free-lance journalism and podcasting.

She became the first female to do the honor of the Congressional Medal of Honor Convention. She was also awarded the VIP Award of the Shreveport Chamber of Commerce. In November 2010, she left the Calumet position and replaced Don Shea to become the director of the Downtown Shreveport development Authority. She also worked for various local nonprofit organizations by handling their public relations duties.