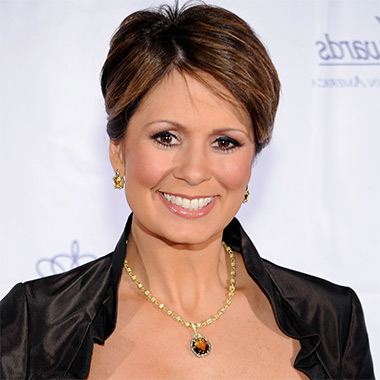 Maggie Rodriguez was born on December 12, 1969, as Margarita Dania Rodriguez in Miami. She formerly co-anchored the show The Early show on CBS for 3 years until she was replaced by Julie Chen who is the wife of the president of CBS. She also anchored on The CBS Evening News as a substitute for Katie Couric.

Maggie was born in Miami but spent her childhood in South Florida. In 1987, Rodriguez graduated from Our Lady of Lourdes Academy. In 1991, she graduated in broadcast journalism from the University of Miami. Maggie also attended the University of Washington D.C. She is a mother of 2 children Michael Tobin and Daniella Tobin.

Rodriguez worked for Univision network located in Miami from 1991 to 1994 but she began her career at WLTV-DT for the year which was also owned and operated by Univision networks in Miami. At WLTV-DT she worked as field producer, associate producer, and assignment editor. After 1994, she leaves WLTV-DT and joined KABC-TV in Los Angeles, California where she anchored midday news and news magazine show premiered in a weekend. She also did field reporter covering a wide variety of stories including natural calamities and O.J. Simpson murder trial.

After KABC-TV she joined WFOR-TV which was owned and operated by CBS where she was presented as an anchor to broadcast the news of 5:00 P.M and 11:00 P.M in Miami from 2000 to 2007. In this period she did field report and anchored many hurricanes, major political events and even the first anniversary of September 11 attacks on New York City. She was the first reporter to cover the transfer of power from Fidel Castro to his brother Raul Castro in Cuba. The news gets very good ratings and praised. This coverage received the “RTNDA Edward R. Murrow Award” for the most important coverage. She has received two RTNDA Edward R. Murrow Awards and seven Emmy Awards.

The Early Show in CBS made her the well-known face on the television screen as a female anchor from 2008- to 2010 where she anchored together with Julie Chen, Dave Price, and Harry Smith but they all were replaced in 2010. Julie Chen who was replaced by Rodriguez is the wife of CBS president Les Moonves which was the major topic for gossiping. They were replaced by Chris Wragge and Erica Hill. After her replacement, she returned to Miami. The executive producer of CBS said that this decision was taken carefully and about finding the right team.

She is married to Miguel Rodriguez who is a marketing executive at Telemundo TV network with whom she has two children Miguel Tobin Rodriguez Jr. in 2010 and Daniella Rodriguez in 2005. Her former husband is Michael Rodriguez.

The University of Miami honored her with the “Alpha Epsilon Rho” Award for professionals which is the highest level award for the communication industry.