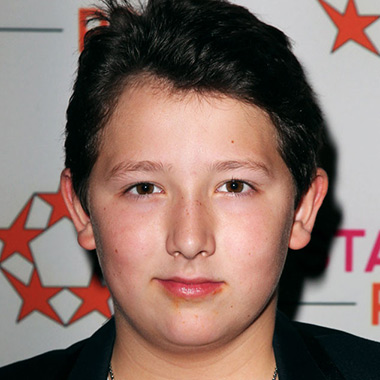 Frankie Jonas is an American child actor born on September 28, 2000, as Franklin Nathaniel Jonas in Wyckoff, New Jersey. His parents are Denise and Paul Kevin Jonas Sr. He is the descendant of German immigrants in the United States surnamed Jonas.  His older brothers are Kevin, Nick, and Joe. His nicknames are Bonus Jonas and Frank the Tank. His height is 5ft 5in and resides in Southlake, Texas.

Frankie won Teen Choice Award for the category Choice TV Breakout Star for the role Frankie Jonas on Jonas L.A in 2009 and was nominated for J-14 Teen Model Awards for category Icon of Tomorrow for the role Bliff.>Jonas is the big fan of Yankees and his favorite song is “That’s Just the Way We Roll” by his brothers. He plays football for the team Hornets Junior and sings for the band Hollywood Shakeup. He is descendant from Scottish, German, English, Italian, Cherokee, French-Canadian and Native American. His family is related to Congressmen Charles A. Jonas and his son Charles R. Jonas.