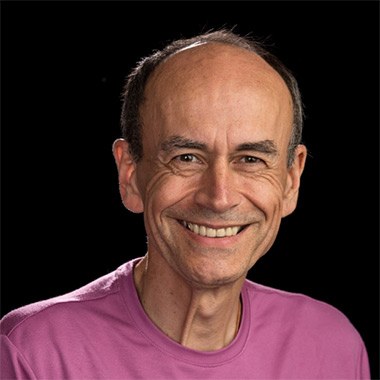 Thomas Südhof is a great German-American biochemist born on December 22, 1955. He is in the department of Molecular and Cellular Physiology in the School of Medicine and psychiatry and behavioral Sciences at Stanford University as a professor. Südhof, Randy Schekman, and James Rothman were jointly awarded Nobel Prize in Physiology or Medicine (2013) for working on vesicle trafficking.

Südhof was born in Göttingen and grew up on Göttingen and Hannover. He studied music while he was young, specially bassoon and finds his bassoon instructor Herbert Tauscher as the most influential teacher in his life. In 1975, he graduated from the Hannover Waldorf School and studied medicine at Harvard University, RWTH Aachen University. In 1982, he obtains his M.D from University of Göttingen and did his doctoral thesis where he described the function and structure of chromaffin cells at Max Planck Institute for Biophysical Chemistry. He did his postdoctoral fellowship in the lab of Victor P. Whittaker.

In 1983, Südhof he moved to the United States for postdoctoral training in molecular genetics under the supervision of Joseph L. Goldstein and Michael Stuart Brown at University of Texas Health Science Center which is currently UT Southwestern Medical Center.

Südhof was working to describe the role of LDL receptor in cholesterol metabolism for which his mentors Brown and Goldstein were awarded Nobel Prize in Physiology or Medicine in 1985. In 1968, he finished his postdoctoral work and began to work as an investigator at Howard Hughes Medical Institute and provided a separate lab to work on Presynaptic Neuron for two decades.

Südhof moved to Stanford University in 2008 and is serving as Professor of Physiology, Neurology, and Psychiatry.

Südhof was previously married to Annette Südhofand now to professor Lu Chen of psychiatry and behavioral sciences and neurosurgery at Stanford University. He has two children from Chen and two from Annette.

Südhof studied and described the function and structure of chromaffin cells which release the norepinephrine, epinephrine, and endorphins from medulla located in adrenal gland which initiates the fight or flight mode of animals in threatening situation.

His researched helped to understand the Alzheimer’s disease more clearly and also serves at Research Consortium of Cure Alzheimer’s Fund.