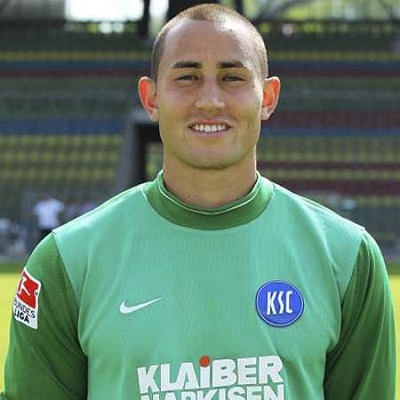 Luis Robles is a professional American soccer goalkeeper currently playing for  New York Red Bulls. He developed his passion towards soccer since his childhood. Before playing for the Bulls, Robles played for the FC Kaiserslautern and Karlsruher SC.

Luis Robles is born on May 11, 1984, in  Fort Huachuca, Arizona to a Puerto Rican father and a Korean mother but their name is still unknown. He completed his early education from the local school.

Well, he started his soccer training from the Tucson Soccer Academy with the coach  Wolfgang Weber. Robles joined the University of Portland for his higher education where he played soccer from 2003–06.

Robles played for his college team from 2003 to 2006. He also played two seasons for  Boulder Rapids Reserve in the USL Premier Development League. Later  D.C. United drafted him in the 2007 MLS SuperDraft. But he officially signed for the FC Kaiserslautern. He played his first match for the club on October 17, 2008, against Rot Weiss Ahlen. In his first season, he played only sixteen games and played the  2009–10 season as a backup. 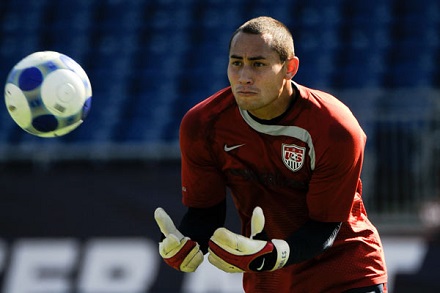 In the middle of the season, he made his move to play for the Karlsruher SC. For Robles’s amazing performance the club decided to let him in in the  2010–11 Fußball-Bundesliga season. Thus, he signed a two-year deal with the club. In the first season he participated in twenty-three games but in the second season, he participated in just five games. At the end of the season, the club released him and on August 8, 2012, Robles signed for the  New York Red Bulls.

For his incredible performance in the 2013 season, his team won the MLS Supporters’ Shield trophy for the first time. On November 19, 2015, Robles won the 2015 MLS Goalkeeper of the Year Award. 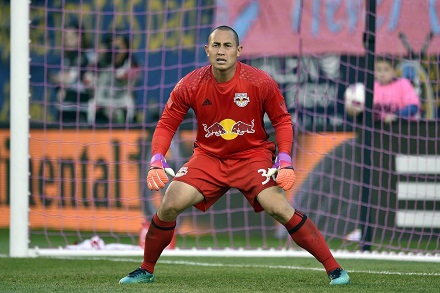 During the 2016 season, he signed a multi-year contract with the club. Since then he is continuously playing for the Bulls and is one of the deserving goalkeepers of the team. With his incredible performances, his team has won many tournaments.

Professional soccer goalkeeper Luis Robles is a married man and is living a blissful married life. Previously he was married to Adriana and had a son, Elliot. But the relationship did not work out and the couple separated. Later Luis again tied the knot with Cary and has two daughters.

They have recently welcomed their younger daughter Emily. There are no any records of Luis Robles and Cary’s divorce or separation issue with the media. Moreover, he has not been involved in any extra-marital affairs.