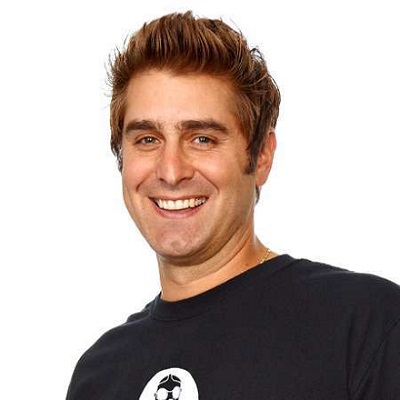 Tory Belleci is an American television personality and model maker who hit the spotlight after appearing on Discovery Channel Television program, MythBusters. He worked for Industrial Light and Magic on films including the Star Wars. He is also the winner of “Spirit of the Gumball”  by winning the Gumball 3000 race.

Tory Belleci once dated Kari Byron. Belleci and Kari were the co-stars in the show Mythbusters. But things did not work out and the couple broke up. In another side, Kari is happily married to Paul Urich. However, Kari and Belleci are good friends.

Tory Belleci is born on 30th October 1970, in California, United States. Though Tory Belleci’s fans regularly follow her, he still manages to maintain a low-key profile regarding his early life. Some sources claim that his father taught him to make the Molotov cocktail. He is American by nationality and falls under white ethnic group.

He grew his interest and continued making different explosive materials. At the age of 19, he was nearly arrested in the case of setting off a homemade pipe bomb near his parent’s house. Belleci completed his graduation from the San Francisco State University in 1994.

After his graduation, he started working with Jamie Hyneman at M5 Industries. In the beginning, he worked as a stage manager, running errands and cleaning the shop but within a short period of time, he improved his ranking. He worked as a model builder, sculptor, as well as a painter for eight years at Industrial Light and Magic (ILM)

In 2003, Belleci began working at Discovery Channel’s program called  MythBusters. He even worked on the Matrix trilogy, Van Helsing, Peter Pan, on the  Starship Troopers, Galaxy Quest as well as Bicentennial Man.

However, in 2012, he and Byron appeared on the  Discovery series Sons of Guns as a guest. On 21st August 2014, the Discovery Announced that Belleci and his co-stars Byron and Imahara are leaving the MythBusters.

Along with his co-workers  Kari Byron and Grant Imahara, Belleci co-hosted the Punkin Chunkin on the Science Channel from 2011-2013. In 2013 he created a Youtube channel called  Blow It Up.

In that channel, he and other guests use explosives to blow up everyday items. Coming to 2015, Belleci and his partner Byron hosted the new show for the  Travel Channel called Thrill Factor. On 9th December 2016, he and his partner Byron started a Netflix show called White Rabbit Project.

Famous and talented Hollywood star Tory Belleci is not married yet and having children is out of concern. Belleci mostly keeps his personal details secret and away from the public.

He once dated Kari Byron. Belleci and Kari were the co-stars in the show Mythbusters. But things did not work out and the couple broke up. In another side, Kari is happily married to Paul Urich. However, Kari and Belleci are good friends.

Well, these days, there is a rumor regarding Belleci’s new love affair. Belleci is often seen with a new girl in different programs.

Although they are often seen together in public, Belleci did not reveal anything about it. The name of the girl is still unknown. Hope he soon reveals about his current love affair.

Tory Belleci’s earns a good sum of money in his career. He has featured in several movies and tv series through which he obtains a good amount of money. In 2012, Belleci and Byron were nominated for the ASTRA Awards as a Favourite International Personality or Actor.

Additionally, Tory also receives a decent amount of money from several fashion lines and brands as an endorsement. Allocating information from several sources as of 2018 it is found out that Tory Belleci current estimated net worth is around $2 million.