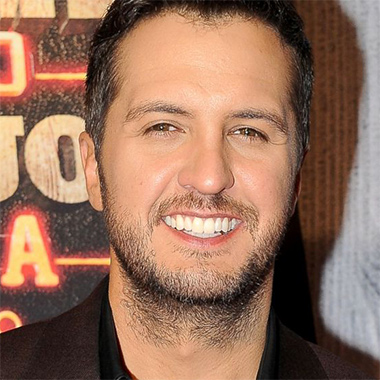 American country music singer and songwriter, Luther Bryan was born on July 17, 1976, in Leesburg, Georgia, United States. His birth name is Thomas Luther Bryan. He was born to LeClaire and Tommy Bryan. Tommy is a peanut farmer. He lost his older brother Chris in a car accident. Luke studied at Georgia Southern University in Statesboro, Georgia and graduated from there in 1999. His father told him to pursue a music career. After he was signed as a performer, he released his first big hit “All My Friends Say”. He was invited to perform at the famous Grand Ole Opry.

Bryan went to Nashville and joined a publishing house in the city. His first cut was the title track in the 2004 album “My Honky Tonk History” of Travis Tritt. He signed a recording contract to Capitol Records. He co-wrote Billy Currington’s single “Good Directions”. In mid-2007 it went to number 1 on the Hot Country Songs chart. He has also co-written Billy’s single “All My Friends Say”. Bryan released his debut album “I’ll Stay Me” in August 2007. He himself have written all but one of its 11 songs. His single “We Rode in Trucks” from the album was successful in reaching at number 33.

Luke Bryan released an EP titled “Spring Break With All My Friends” on March 10, 2009. His album features two new songs “Sorority Girls” and “Take My Drunk Ass Home”. In May 2009 he released his fourth single “Do I”. The song successfully reached No.2 on the country songs chart. He has also included “Do I” on his second album “Doin’ My Thing”. His second album was released in October 2009. He has written album’s two single “Rain Is a Good Thing” and “Someone Else calling You Baby” with Jeff Stevens and Dallas Davidson. He released his second EP titled “Spring Break 2…Hangover Edition” on February 26, 2010. His EP includes “Cold Beer Drinker”, “Wild Weekend” and “I’m Hungover”.

On March 10, 2015, Bryan released his last spring break album “Spring Break…Checkin’ Out”. He then released his album “Kill the Lights”. He released his single from the album on May 19, 2015.

Luke Bryan got married to his love from the college, Caroline Boyer. They first met each other at Georgia Southern University. The couple is blessed with two sons named Thomas Boyer Bryan and Tatum Christopher Bryan. In 2007 his sister Kelly died and her husband Ben Lee Cheshire died in 2014. The couple raises their son Tilden.