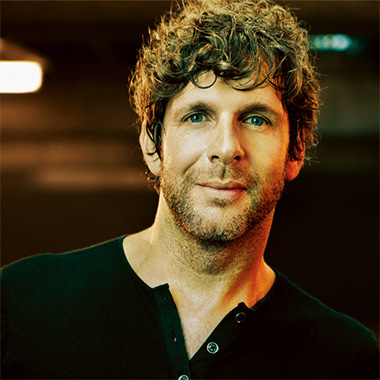 Billy Currington is an American country music artist. He was born on November 19, 1973, in Savannah, Georgia, United States of America. His birth name is William Matthew Currington. He was raised in Rincon, Georgia. He has six siblings; four sisters named Lexie, Ann, Kim and Kellie and two brothers named Charles and Jason. His mother remarried Laurie Currington when he was one and a half years old.

While he was studying at Effingham County High School, Currington auditioned at Opryland. Unfortunately, he failed the audition. He then moved to Nashville to pursue his career in country music. He started singing in a bar named Cavalier Country Club in Georgia. He also worked as a personal trainer for a concrete company. While he was working as a personal trainer, one of his clients helped him to record demo tapes. In 2003 he signed to Mercury Records but before that he was offered to join RCA Records. He is also the founder of the Global South Relief organization.

He announced the cancellation of his tour dates for the year on July 19, 2007. His cancellation was because of laryngitis. He released his single “Tangled Up” in 2007. In late 2007, his song reached No.30. He released his next single “Don’t” from his third album “Little Bit of Everything” which was released on October 14. He himself have co-written five of the songs on this album. In early 2009 his single “Don’t” reached No. 2 on the country charts. The single “People Are Crazy” was released from the album in March 2009. The song was co-written by Bobby Braddock and Troy Jones. In July 2009 it became his third No. 1. In March 2010 his single “That’s How Country Boys Roll” became his fourth No. 1 hit. On August 1, 2009, at the Big Valley Jamboree in Camrose, Albert, he suffered a concussion. His bass guitarist also was injured because of a massive wind storm.

In 2006, Currington was awarded CMT Music Awards in the category Hottest Video of the Year.

Currington was once indicted on charges of “abuse of an elder person by inflicting mental anguish” and “making terroristic threats” on April 24, 2013. The indictment alleged that Currington had made terrorist threats to Ferrelle. Currington was later released from a Georgia jail after posting $27,700 bond. If convicted, Currington could have faced a prison term of 1 to 5 years. Also, on April 26, 2013, as a result of negative press surrounding the indictment incident, the Charlotte Motor Speedway replaced Currington as a performer for its All-Star pre-race entertainment. He entered a “not guilty” plea in August 2013.

On September 25, 2013, Currington pleaded no contest to the abuse charge; the terroristic threats charge was dropped. Currington was sentenced to 5 years’ probation, a $1000 fine, and anger management counseling; he is also required to have no contact with the boat captain