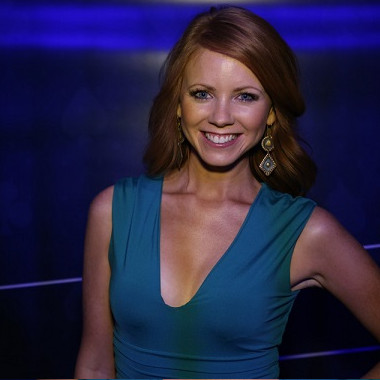 An Irish-Australian television presenter, Lynn Gilmartin is well known as the anchor of the World Poker Tour on Fox Sports.

Lynn Gilmartin was born on 3 November 1984 in Dublin, Republic, Ireland. At the age of two, she along with her family shifted to Melbourne, Australia in late 1986 and grew up here.

She went to La Trobe University and RMIT University. Gilmartin dream job was to be a presenter on a travel show and was active in performing, dancing, concerts, musicals, TV ads during her school days. After finishing school, she decided to get a real career, so off she went to get her marketing degree and secured a fantastic job at Crown Melbourne, the biggest casino in Australia.

That is how she found herself in the poker industry. In 2009, Lynn began following the poker circuit as a journalist for PokerNews.com and PokerStar.tv. As a host on PokerNews, they fly all around the world following various poker tours, joining the World Poker Tour to host their prime-time Fox Sports 1 show, WPT Alpha8, which is a tour of high roller poker tournaments around the world, boasting buy-ins ranging from $100,000 to $250,000. 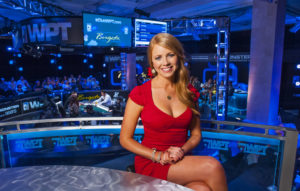 Three years later, she said goodbye to the corporate world. In 2012, she first hit Australian and England television screens as the presenter of Crown’s Aussie Millions Poker Championship. Then in 2013, she became the sideline reporter for ESPN Australia’s coverage of the World Series of Poker Asia Pacific as well as One HD and ESPN Australia’s coverage of Crown’s Aussie Millions Poker Championship.

Following year, she shifted to Los Angeles to assume the role as host of the World Poker Tour’s 12th season on Fox Sports, with ‘Mike Sexton’ and ‘Vince’. Nevertheless, in December 2013, she has featured on the cover of Bluff Magazine.

This gorgeous lady Lynn Gilmartin becomes everyone’s favorite topic to talk about, not because of her exciting Poker tours but due to her love life that attracts the media. Gilmartin is a relationship with a professional Mexican poker player Angel Guillen. The couple has been dating for more than three years. According to the sources, they met back in 2009 when Angel participated in “World Series Poker 2009”.

She holds an Australian nationality and belongs to English-Irish ethnicity. This 5′ 6″ presenter Lynn has seductive body measurements of 36-25-36 inches. She is also active on social networking sites like Facebook Twitter Instagram. Besides that, she is the founder of Jooce Bar, Holistic Wellbeing Coach and Permaculture Amateur.

Gilmartin earns her handsome salary from her presenting career and other various endorsements which add up her net worth of $1 million. According to 2010’s wiki magazine, she earned over $100 thousand dollars as an annual salary, however, she has not revealed her recent salary.