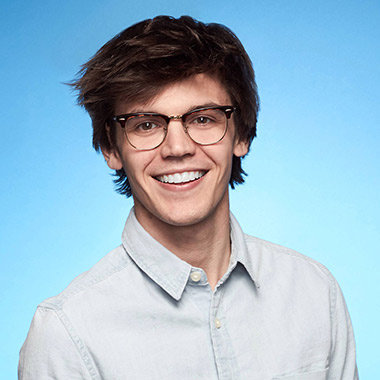 There are numerous talents who remain hidden until they appear on a talent show. Among them, Mackenzie Bourg is such name who became a star after he appeared on the American reality show American Idol Season 15. He was also one of the top contestants on The Voice 2013. With his soothing voice and brilliant guitar playing skill, he had been able to impress judges and audiences. After appearing on the show The Voice, he gained media attention and made numerous fans around the United States which led him to release his first single “Everyone’s Got a Story”.

MacKenzie Bourg was born on September 11, 1992, in Lafayette, Los Angeles, United States. He completed his high school education from his hometown. During his high school days, he used to play Varsity Basketball. Having interest in music from his childhood days, he used to spend more time on learning music. He was the first child of his parent and he has a younger brother named Peyton.

MacKenzie Bourg  was noticed from his first audition for season 3 of the NBC singing show The Voice. He was able to impress R&B superstar Cee Lo Green with his version of Foster The People’s “Pumped Up Kicks”. He appeared on American Idol Season 15 with his guitar and soothing voice. He gave his audition from Atlanta, Georgia which was broadcasted on January 6, 2016. After getting positive feedback from the audiences around the world he has been uploading his music on YouTube. His first single, “Everyone’s Got a Story, which was released after he participated in The Voice, made to the iTunes pop charts.

With his raw talent, Bourgh has been able to make it through the Hollywood round. With his own unique style, he presented his own creativity even when he was performing judges’ songs. Bourgh had enough talent to get judge Adam Levin to call him “an American Idol” which he took to heart. We can expect some hit from this young and talented singer in future. We might see him participating in some more reality shows in near future.

Digging his personal life, till date, there is no any information about his relationship and affairs. This handsome hunk with a melodious voice must have attracted many women undoubtedly. After his appearance in two competitions, he has gained numerous female fans around the world. Once in his life, he faced serious health issues. Before participating on The Voice, he experienced a near-fatal bout with a virus that caused him congestive heart failure which forced him to coma. Fortunately, he was able to make it through such traumatic incident.

Describing his outer appearance, MacKenzie Bourg stands tall with a height of 5’6’’ and has the weight of 60kgs. He has got very charming face and it is very hard to find his pictures where he is not smiling. Bourgh is all over the social networking sites. His latest music can be heard on YouTube and he updates about his performance and gigs via facebook, twitter, and Instagram.