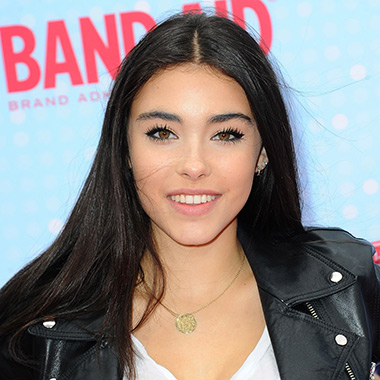 Madison Beer is an American actress as well as a singer. She became famous after pop star Justin Bieber tweeted a video link of her singing, which led her signed into Island Def Jam record.

Madison was born on March 5, 1999, in Jericho, New York, United States. Her full name is Madison Elle Beer. She was born to Robert Beer and Tracie Beer. Robert is a luxury home builder while Tracie is an interior design. She also has a younger brother named Ryder. Unfortunately, her parents got divorced. Later her father got remarried. She attended Jericho Middle School and since 2012 she began her home school.

She in her early days used to post her videos of her singing popular songs cover and uploading on Facebook. Her video link of singing the cover of Etta James “At Last” was tweeted by pop star Justin Bieber which helped her to gain the attention. Because of her video, she got more than 25 million followers. She was able to gain more national and international media coverage. She was signed personally by Justin Bieber to the Island Records. She is managed by manager Scooter Braun. Scooter is also the manager of Justin Bieber. She recorded a theme song titled We Are Monster High being partnered with Monster High. Cody Simpson sang Valentine with Beer. The song was re-released in February 2013 and was played on Radio Disney although it was not officially released. She sang in her own single and music video titled Melodies. The song was released on September 12, 2013. The song was written by Ben Kohn, Ina Wroldsen, Thomas Barnes and Peter Kelleher. Justin himself did a guest appearance in her video.

She is currently working on her debut album. According to her to the song has an R&B pop vibe. She is one of the fans of Justin Bieber and says that he is an inspiration for her. She was spotted along with Selena Gomez and Justin Bieber in the studio in April 2014. Her upcoming second single title is Unbreakable. The song was written by Evan Bogart, Matt Schwartz, Andrew Goldstein, Heather Jeanette Miley, Jessica Ashley and Emanuel Kiriakou which was released on June 17, 2014. She reached more than one million followers on Twitter on December 6, 2014.

She is also called by her nickname Maddie. She is currently 16 years old. Her zodiac sign is Pisces. She holds American nationality. She used to be bullied in her school days like many other celebrities. She also can play Piano very well. She is slim build. Her height is 5 feet and 4 inches tall. Her weight is 51 kg. She belongs to the white ethnic background. She has got dark brown eyes and dark brown hair. Her sexuality is straight. Her body measurement is 34-25-33 inches. Her dress size is 6 US. Her bra size is 32 B. She follows Judaism religion.