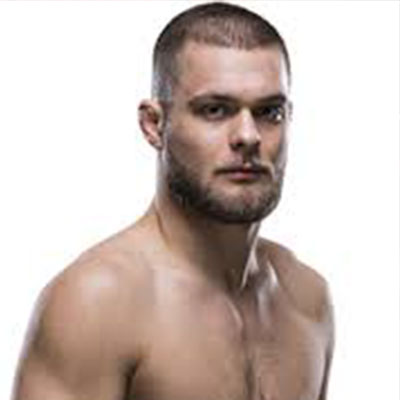 Mads Burnell was born on 6th March 1994, in Denmark. He belongs to a Danish nationality. However, Burnell hasn’t revealed any information about his parents and siblings. Furthermore, he hasn’t revealed his education background as well.

During his amateur career, Burnell made the record of 3 wins and 1 loss. His innings highlights were against Lasse Norskov, Jonas Albertsson, and Keivan Akradloo at Fight Gala. However, he lost the fight against Erik Friberg at Fighter Gala 25.

In 2013, Burnell began his professional MMA career making his debut on 26th September 2013, at EMMA 6. Burnell faced Aleksander Sredanovic in his debut fight and won it via submission. After that, he defeated Ali Selcuk Ayin at EMMA 8 vis submission.

On 30th August 2014, Burnell faced Nasir Aoubi at Trophy MMA 4 which he won by decision. Likewise, he further won the Odense Fight Night and Battle of Copenhagen championships. However, Burnell lost his first professional fight against Ott Tonissaar at Octagon Athletes.

The 24 years old MMA fighter, Mads Burnell has won the hearts of numerous fans for his incredible fighting skills and stunning looks. And his fans are eager to know whether he is already married or still single or dating someone.

Burnell often keeps his personal details a secret. Well, Burnell is not married yet and is still single and hasn’t dated any girls in past. Furthermore, there are no any rumors of his relationships as well. Burnell might be focusing on his career rather than being in any relationships.

Mads Burnell earns a good amount of money from his MMA career. He currently competes in UFC and has further competed in several championships before. Allocating information from several sources as of 2018 it is found out that Mads Burnell current estimated net worth is around $500,000.