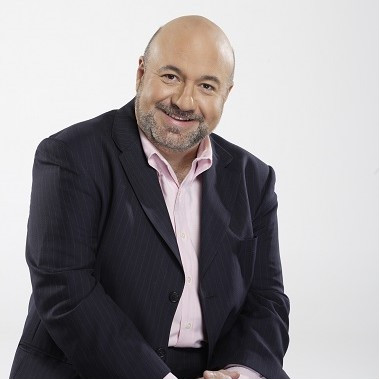 Manny Alvarez is currently a chairman of the department at Hackensack University Medical Centre in New Jersey. He is married to Katrina Alvarez and the couple has two sons and one daughter.

Manny Alvarez was born on 16th April 1957, in Cuba. He is the oldest son of middle-class Christian parents. Manny was sent to the United States when he was young and lived with a foster family after his father was sentenced to Cuban prison during the Cuban Revolution.

Manny met his parents after five years in the United States, where his father started a new business and started a whole new life in Hoboken, New Jersey.

Manny attended Universidad Central del Este and graduated from the Department of Medicine in 1981. Manny is board certified by the  American Board of Obstetrics and Gynecology, specializing by taking care of pregnant patients.

Manny served as chairman of the Department of Obstetrics and Gynecology in women hospital ay Hackensack University Medical Centre from 1996. Firstly, he started his career as Journalism in a health science reporter for Telemundo. Asman filled filed a report for Fox News from Texas on the preparations that were being made ahead of Hurricane Rita to prevent mistakes made after Hurricane Katrina in September 2005.

In January 2006 Alvarez launched AskDrMnanny as a website dedicated to providing general information about health news. In 2009, this website launched AskDrManny on YouTube aimed at providing video segments related to the same topics. In January 2010, when the earthquake hit Haiti he brought medical supplies and helped the injured patient in the Dominican Republic.

Later, on that same year, Manny reported on the BP oil spill in the Gulf of Mexico, coining the phrase “Gulf Oil Syndrome” in referring to the potential health hazards that the population in the region could face in the years to come. Manny interviewed Nobel Laureate Dr. Paul Greengard about his discoveries in treating Alzheimer’s disease and receiving The Karolinska Institute’s Bi-Centennial Gold Medal.

Alvarez is also an author of The Checklist: What You and Your Family Need to Know to Prevent Disease and Live a Long and Healthy Life. The book won two awards in May 2008, for both its Spanish and English editions at the 10th annual International Latino Book Awards in Los Angeles. In 2008, he published his second book, The Hot Latin Diet: The Fast Track Plan to a Bombshell Body.

Hardworking Medical professional and pioneer of innovative advances in medical technology, Manny Alvarez is married to Katrina Alvarez. The couple has three children, two sons, Ryan and Rex and one daughter, Olivia. They have been married for already one and a half decades and currently lives in Cresskill, New Jersey, U.S.

The current Chairman of obstetrics/gynecology department at Hackensack University Medical Centre and dedicated M.D, Manny Alvarez has an estimated net worth of over million dollars.