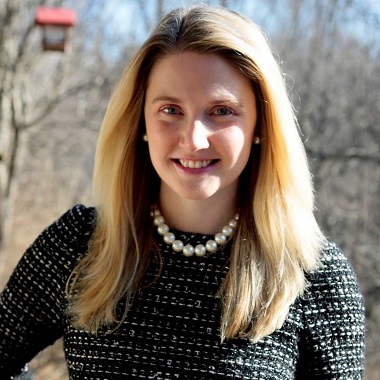 Marie Harf is a political commentator for the Fox News Channel and the former Senior Advisor for Strategic Communications to U.S. Secretary of State John Kerry at the United States Department of State. She also served as Acting Spokesperson and Deputy Spokesperson of the State Department.

Marie Harf was born on June 15, 1981, in Chicago, United States. She is the daughter of Jane Ax Harf and James E. Harf. Her father is an associate vice president and the director of the Center for Global Education at Maryville University in St. Louis and also serves as a  political science professor at Ohio State University in Columbus. Marie’s mother, Jane Ax is the director of the University Clean Energy Alliance of Ohio, an organization that supports clean energy research.

Marie graduated from the Indiana University Bloomington, with a BA in Political Science. She received her master’s degree in Foreign Affairs from the University of Virginia, where her thesis evaluated the prospects for continued regime stability in Saudi Arabia.

Harf began her career as an analyst focusing on Middle Eastern leadership issues at the Directorate of Intelligence at the CIA. Later she became the media spokesperson of the CIA. Harf helped craft U.S. President Barack Obama’s national security and communications strategy, during the 2012 presidential election, and also served as campaign spokesperson on national security issues. 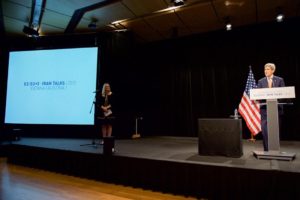 Harf was appointed as Deputy Spokesperson for the Department of State, where she served as deputy under Jen Psaki in June 2013. She attracted controversy for an interview she gave on Hardball with Chris Matthews on February 16, 2015. On the U.S.’s strategy toward ISIS, in response to questioning from Matthews Harf said “We cannot kill our way out of this war. We need in the medium to longer term to go after the root causes that leads people to join these groups, whether it’s a lack of opportunity for jobs, whether …”

Bloomberg News reported that retiring U.S. Navy Rear Admiral John Kirby would soon be appointed Spokesperson for the Department of State, replacing Acting Spokesperson Marie Harf, who had also interviewed for the position on April 2015. Kirby had also beaten out Harf for the spokesperson position at the U.S. Department of Defense under Secretary of Defense Chuck Hagel.

Until May 13, 2015, Harf served as Acting Spokesperson and she began a new role as Senior Advisor for Strategic Communications to Secretary of State John Kerry, continuing her work leading the Iran nuclear negotiations communications strategy on June 1, 2015. Harf has been a political commentator for the Fox News Channel since January 2017. 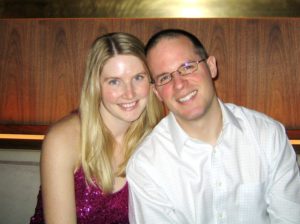 Marie Harf has an estimated net worth of $1 million. As a political commentator of the Fox News Channel, her salary accumulated to be $42, 758 and her basic salary is to be around $40,000.