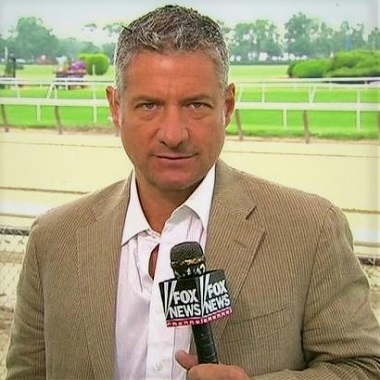 American reporter, Rick Leventhal is a senior correspondent for Fox News Channel based in New York. He is well known for his previous reporting and anchoring in markets such as West Palm Beach, Columbia and Spartanburg and Miami, Chicago, and New York City.

Richard Gary Leventhal was born on January 24, 1960, in Christian County, United States. His father, Allan Leventhal is a former psychologist and his mother, Carol Leventhal is a former director of Greenbelt Cares. He has two siblings named Scott Leventhal and Leigh Leventhal. He graduated from Montgomery Blair High School. Then, he attended American University in Washington, D.C. and graduated with B.A in broadcast journalism. 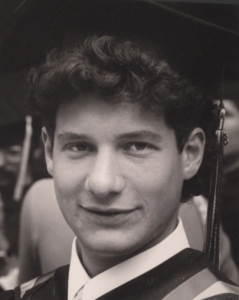 He began his journalism career in local news, where he used to work as a reporter and anchor in markets such as Columbia and Spartanburg, West Palm Beach and Miami, Chicago, and New York City. He worked around ten years on a local news channel.

Leventhal joined in 1997 as New York-based senior correspondent for Fox News Channel. She has covered a number of remarkable news stories such as the Boston Marathon bombing; the death and funeral of Pope John Paul II and the selection of his successor in the Vatican City; the shooting at Sandy Hook Elementary School;  and the killing of Usama Bin Laden. He has also contributed live coverage of natural disasters, including Hurricane Sandy, Isaac, Katrina, Rita, Andrew, Hugo, and the 2010 earthquake in Haiti.

Throughout his career at the network, Leventhal has widely covered the Middle East. He has traveled to war zones nearly two dozen times, including five trips to Iraq, four to Afghanistan, nine to Israel, two trips to Libya and tours of Albania and Macedonia during the Kosovo War. In 2001, he became one of the first reporters on the scene at the World Trade Center and the first to go live before the Twin Towers fell to the ground. At the same year, he went to Bahrain and Afghanistan to cover the launch of the War on Terror. In 2003, he spent over 63 days in Iraq and Kuwait, escorted by the United States Marine Corps. 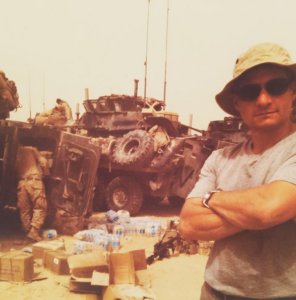 In 2011, he contributed to the 10-Year Commemoration of 9/11. He also reported on the Israel/Gaza conflict from the Israeli border, the Fort Hood base shooting in Washington D.C., as well as contributing to FNC’s 2014 New Year’s Eve special, All-American New Year, live from New York City.

Most recently, he reported live from France to cover the deadly attacks in Paris on November 13th, 2015. He reported on the manhunt for the two prisoners who escaped the Clinton Correction Facility in Dannemora, NY in June 2015. Following years, Leventhal also presented live coverage of the shooting of WDBJ-TV reporter, Alison Parker, and cameraman Adam Ward live on air. He also presented to the special Fox News Reporting: Timeline of Hurricane Katrina – 10th Anniversary, a look back of the disastrous storm that centered in the Gulf Coast in 2005.

Rick Leventhal married Penny Daniels, a communications consultant, trainer, and retired television news anchor. They welcomed their first daughter Veronica in 1991; she is now an activist, advocate, and social worker, whereas, their second daughter, Shoshana was born in 1996;  a vegan focusing on music, Philosophy and women’s studies in college. Unfortunately, Leventhal and Penny have been since divorced. 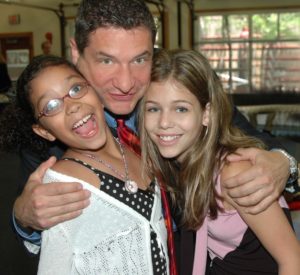 Later, Leventhal was in a relationship with Lauren Sivan. The couple engaged in September 2005 and planned to tie the knot in February 2006. However, Rick and Lauren canceled their wedding just a week before the day of their wedding. He then organized his bachelor party at Los Angeles, which was attended by his friends. 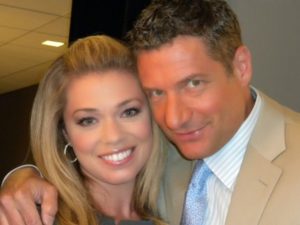 On June 9, 2016, Rick Leventhal married Beth Shak, a poker player, at the Graceland Wedding Chapel in Vegas Las Vegas. The marriage was witnessed by the couple’s friends and family. Leventhal and Shak married just four months after they had met.

In April 2017, Beth Shak filed the divorce after nine months of marriage in Manhattan citing irreconcilable differences. ‘I’m heartbroken our marriage didn’t work out and I only wish her happiness,’ Leventhal said in a statement to Page Six. Shak later said: ‘I didn’t think men like him existed anymore! He is caring, considerate and so warm. I’ve never been lucky in love, but meeting in him proved that my luck has changed, and we are now looking forward to spending the rest of our lives together.’ 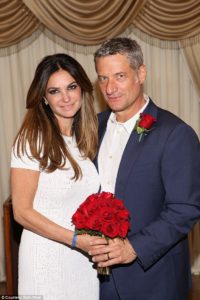 Rick Leventhal earns a handsome salary from his journalism career however, he has not mentioned his net worth on social sites. The 5′ 10″ journalist is active on social networking sites like Facebook and Twitter.