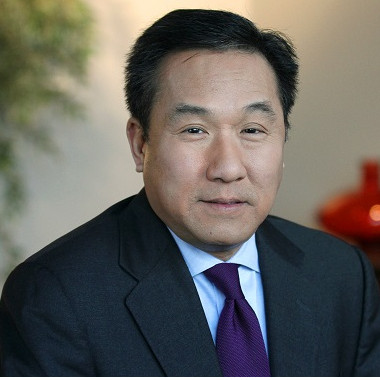 John Yang became a reporter and also an editor at The Washington Post in 1990. As a reporter, John covered various news like domestic politics including the White House and Congress. He directed the coverage of an economic policy in the paper’s business section as an editor. He also directed the political features in the Style section, until his departure in 1999 to join ABC News.

He joined ABC News as a correspondent for the Washington DC-based ABC News in November 1999, reporting general and political news stories for ABC News’ network news programs and ABCNEWS.com. In 2000, he capped the campaign of then-Texas Gov. George W. Bush while the Republican primaries. That fall, he reported then -Vice President Al Gore’s presidential campaign through Election Day and the Florida recount.

Yang was based in Jerusalem as a Middle East correspondent for ABC News from 2002 to 2004. He reported every major development in the Israeli-Palestinian conflict and in June 2003, he reported alongside the late Peter Jennings at the landmark summit meeting between President Bush, Israeli Prime Minister Ariel Sharon and Palestinian Prime Minister Mahmoud Abbas in Aqaba, Jordan.

Yang covered on the Israeli military plan in the Jenin Refugee Camp, and on the final days of the standoff at the Church of the Nativity in Bethlehem. He was also the first American broadcast reporter to interview captured al Qaeda fighters imprisoned by the Kurds along the Iran-Iraq border. In 2006, Yang covered on exclusive developments in the former Congressman Mark Foley sex scandal.

In January 2007 Yang became a part of NBC News, where he served as a correspondent. After a few months later, he became an NBC News White House correspondent. Yang contributed to all NBC News properties, including “NBC Nightly News with Brian Williams,” “Today” and MSNBC. Yang was the only television correspondent to attend President Bush on his surprise Labor Day visit to al-Anbar Province in Iraq. He reported along with Brian Williams the 2008 presidential race for NBC Nightly News. After serving around nine years, he left the job in February 2016.

John Yang received the offer to work as a general assignment correspondent for the PBS News Hour in February 2016. He starts at NewsHour. PBS News Hour is a daily evening television news program which broadcasts on the Public Broadcasting Service, which is known for its in-depth coverage of issues and current events.

“John has a keen eye for a great story and a deep appreciation for the issues and trends that impact our country and our world,” executive producer Sara Just said in a statement to TVNewser. “His experience, insights, and skills will be a tremendous asset to the NewsHour at a time that we are growing and expanding. We’re thrilled to have him on board.” 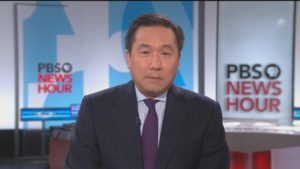 John Yang is an openly gay journalist, who is one of few people to realize his sexuality early. During his first time revealing his sexual orientation, Yang said that taking on the coveted job of Jerusalem correspondent for ABC in 2003 “was the first time I felt like an adult.”

Yang admitted, “I was extremely flattered because, at ABC News, Peter Jennings had veto power over foreign correspondents. And this was an area that Peter cared deeply about actually, Peter got on the phone, and said ‘I’d really love for you to do this.‘ “It’s actually something that Peter said to me,” Yang recalled. “It’s that he thought that — and looking back, you can take what he said a couple of different ways, whether he meant [me] being Asian or being gay — but that he thought that what I would bring to that reporting was an understanding or an insight into … people who are marginalized.”

He relates it in part to his experience of being regarded as a racial minority. “There are certain things about myself that are immutable, and some of them are obvious,” Yang said. “I’m Asian. I mean, anyone who sees me on the air or hears my last name knows that. … And in a way, I felt that I can’t pass as not being Asian, so why should I pass as being straight?”

John Yang is a recovering road warrior, who loves Ice hockey and is a hardcore fan of Chicago Blackhawks. He owns a dog pet and called himself a dog’s dad.

Yang’s source of income hails from his journalism career, however, the exact figure of his net worth has not yet been made available.Yang owns a three-bedroom penthouse in the Lakeview neighborhood, which he listed for $700,000 in April 2016. He paid $660,000 for the unit in in 2013. PBS’ Yang is active on social networking sites like Facebook Twitter.