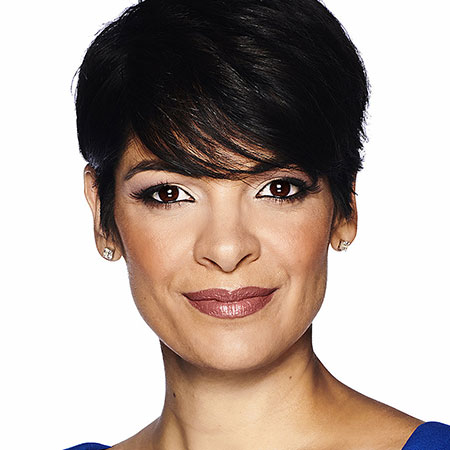 Anne Marie Abeyesinghe Mediwake was born in 1975 in Kandy, Sri Lanka. She is the daughter of Mervyn and Muriel. She has an elder sister, Naomi and younger sister, Becky. Mediwake’s father was raised Buddhist in Sri Lanka and converted to Christianity shortly after Mediwake was born. Her mother grew up attending a conservative Christian church in Scotland. Mediwake’s parents migrated from Sri Lanka to Canada when she was a child. Most immigrants from that time raised their kids as “Canadian” as possible. Her parents really did not mix any traditions, but instead adopted new ones when living in Brooks, Alberta.

Anne- Marie started her television career as a teenager in Lethbridge in 1993, where she used to write and produce shows related to children and youth for a local television based in Alberta. “We were young, had free time, and 30 minutes to fill. It was like bad SCTV”. In the 90’s Anne-Marie worked at various stations in Alberta, her home province, where she was eager to try everything related to television.“I would volunteer for ridiculous hours, doing the shoots that no one else wanted, just to gain experience”.

After spending around six years in Alberta, she went to Toronto where she worked as a reporter for CTV. Her focus and hard work paid off when she offered a producing role for 100 Huntley Street in Toronto after overseeing the only interview with the Lang family; whose son was the sole victim in the Taber High School Shooting.

During her time at CTV, she co-hosted the award-winning 21c, a current-affairs program aimed at Canada’s younger generation. She also worked with the Canada AM and CTV National News and with Lloyd Robertson. Mediwake also co-anchored Global Television’s Toronto flagship newscast.

On September 2009, she hired by the CBC News Network. After one year later, on October 2010, she became co-anchor of CBC News Toronto’s supper hour newscasts, along with Dwight Drummond. Her assignments include covered the Ottawa terror attacks and Boston Marathon bombings. In 2011, she named Toronto Woman of the Year. 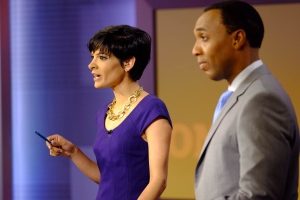 Quit her Positon as Co- host

On April 27, 2016, she quit her position as co-host of CBC Toronto News at 6 P.M. In summer of 2016, she returned to co- host the morning show, Your Morning at CTV. She also won the Consumer’s Choice Awards. In 2014, Mediwake nominated for Best Local News Anchor at the CSAs.

She nominated in 2007 for Canada’s Top 35 under 35 lists for her journalistic work and involvement with local charities, which recognises Christian leaders in the community. And when the overwhelming tsunami hit Sri Lanka in 2004, Mediwake went to her birth country, hosting a heartfelt documentary ” Sri Lanka: A Journey Home”. At the same years, she wrote a documentary along with her husband, Darryl Konynenbelt “A Delightful Inheritance” about homesteaders who immigrated from Holland to Canada at the turn of the 20th century.

Anne- Marie is married with Darryl Konynenbelt, a journalist. In 2007, the couple expanded their family with triplets and chronicled their experiences with pregnancy and birth in the wildly popular and hilarious National Post column called the Triplet Journal. She has even walked the runway, lighting up the catwalk with her winsome smile in a Scottish inspired red dress during the 2010 Heart Truth fashion show in Toronto. The couple has triplets Annabel Abeyesinghe, Maxim Bandara, and Libby Abeyesinghe, born on June 14, 2007. 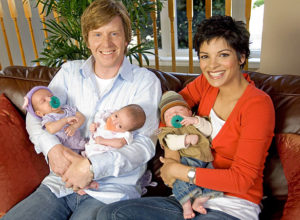 They were shocked to know that they were having triplets and managed everything before their birth. They even moved to the bigger home and changed their car to bigger. Anne- Marie lives a happy life with her husband and children in Oakville, Ontario. Anne- Marie Mediwake’s net worth hails from her journalism career however she has not mentioned yet. She is active on social networking sites.