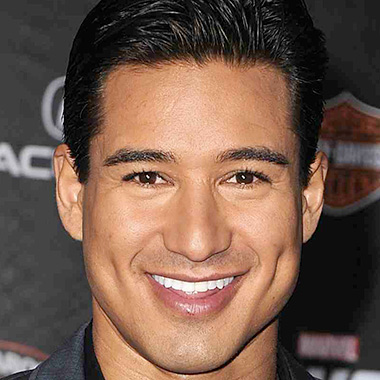 Mario Lopez, Jr. an American television host and actor was born on October 10, 1973, in San Diego, California, to Mario Sr. and Elvira Lopez.

Mario Lopez was graduated from Chula Vista High School in 1991. While in high school, he was an amateur wrestler, and was one of the members of high school wrestling team and has wrestled at the weight class of 160lbs obtaining the second position.

Appearing in the short-lived ABC comedy series,Pablo, Lopez has started his professional career in 1984. In March 1987, on the popular sitcom The Golden Girls, he was cast as a guest star. In 1988, he was given a small part in the movie “Colors”. In 1989, in the popular television series Saved by the Bells, Lopez was cast as A.C. Slater. Before being cast in Saved by the Bells in 1989, Lopez was a dancer. In 1997, Lopez worked in the television movie Breaking the Surface. He was cast in the USA Network series Pacific Blue, in the following year. In March 2006, the daytime soap opera The Bold and the Beautiful hired the Lopez. On July 18, 2006, he was released from his B&B contract. In the Sesame Street episode “The Veggie Monster” in 2012, he appears as a guest artist.

Mario Lopez: Saved By the Baby, was his reality show on VH1 with Courtney Mazza, which was premiered on November 1, 2010. In the fall of 2006, Lopez along with professional partner and then-girlfriend Karina Smirnoff signed as a contestant on the third season of Dancing with the Stars on ABC. He hosted his first series called Name Your AdventureI in 1992 on NBC. He hosted the MTV reality shows America’s Best Dance Crew and MTV’s Top Pop Group. The second season of Masters of the Maze, in 1996 was also hosted by Mario Lopez, which was shown on Filmy Channel. For the Sí TV’s Dating Factory, Lopez is both the host and co-executive producer. From October to December 2012, Lopez with Khloe Kardashian began co-hosted the Fox singing competition The X Factor. In September 2013, for season 3, Lopez is seen as sole host. The X Factor was canceled on February 7, 2014.

Lopez as a writer has published three non-fiction books. The first, Knockout Fitness, published in 2008 was written together with Jeff O’Connell. A cookbook, Extra Lean, with various recipes became a New York Times bestseller was launched in early 2010. Extra Lean Family, his third book, was published in May 2012. From Celebra Children’s Books,on September 27, 2011, he released a children’s book entitled Mario and Baby Gia. The book is about Lopez and his infant daughter Gia.

In summer 2003, he proposed to actress/model Ali Landry. And in the near future, they are going to marry. Their marriage date and all the procedure was soon going to finish, but he allegedly cheated on his wife-to-be, actress Ali Landry, one day before and after the wedding. That is why Ali Landry got the marriage annulled. While doing “A Chorus Line”, in 2008, of the Broadway production, he first met Courtney Mazza. Where they fall in love and started dating each other. They have their baby girl, Gia Francesca Lopez, on September 11, 2010, when they were not married. On January 18, 2012, Lopez was engaged to Courtney Mazza. On September 9, 2013, they have their second child, a boy named Dominic Lopez.

On June 2008, he was awarded as a bachelor of the year. Not only that during his career as a host and actor he has been nominated and won several awards. In 1993, he was awarded Outstanding Hosts for a Youth Magazine, News or Game Shows, and in the same year, he was awarded Best Young Actor in an Off-Primetime Series. In 2011 he has won Mickey Rooney Award.

Lopez’s official twitter account is @MarioLopezExtra, having more than 961K+ followers and has tweeted more than 16.1K. He is seen sharing news through this account. He is running at the age of 41. His height is about 5’10’’ (1.78m). Mario Lopez is fitness conscious and seen doing regular exercises and going to the gym, so his body looks nice and perfect. To maintain his body in perfect condition he follows the balanced diet, which he has explained in his book also. As of October 2016, Mario Lopez’s net worth is $16 million dollars.