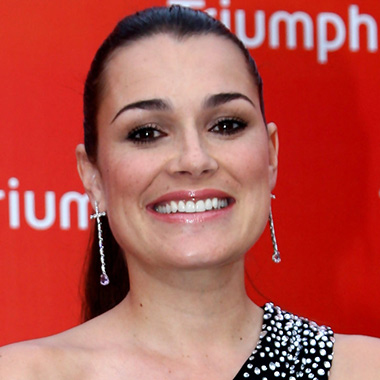 Alena Seredova is a Czech model and actress, who is  living and working in Italy. She is known for her exotic and gorgeous figure and for modelling for various commercials

Alena Buffon Seredova, known as Alena Seredova was born on 21 March 1978 in Prague, Czechoslovakia (presently it is known as the Czech Republic) to mother Jitka Seredova. She has spent her childhood on Prague, Czechoslovakia but from where she has done her schooling was very hard to find as she has not disclosed her personal information in any media. Alena has a sister named Eliska, who is a model as well.

From the childhood, Alena was interested towards modeling and at the age of 15, she has started her modeling career. Five years later in 1998, Alena got a chance to take part in Miss Czech Republic competition. She obtained the first runner-up position in that competition and got a chance to take part as a country’s representative at Miss World 1998 where she got fourth in the finals. In 2002, she started her career as a model. Alena was chosen by Italian comedian Giorgio Panariello to co-host the TV shows Torno Sabota. Because of her figure and beauty, she became very popular in Italy. She has co-hosted many TV shows along with that she has continued her modeling work. She has performed her modeling work with famous Italian stylist. Alena has been featured on the covers of several magazines including Penthouse Europe, Playboy Europe, and Quo.

In 2005, due to her impressive work and personality, Alena was chosen to pose for Max Calender. Besides doing modeling she has also featured in movies. In 2003, she has done her acting debut from the comedy movie I Have Seen The Stars, directed by Vincenzo Salemme. Similarly, in 2004 she was seen in another comedy movie Christmas in Love, directed by Neri Parenti. Alena co-owns the Italian clothing-line Baci e Abbracci together with Christian Vieri.

Alena height is about 5ft 11in (1.81m). She has a dark brown eye. Originally the color of her hair was black now she has turned it into dark brown. Alena body measurement is 37-24-36 inches. In the early 2000s, she was engaged to actor Edoardo Costa. Alena was married to Italian national football goalkeeper Gianluigi Buffon in 2011. But Alena and Buffon were in a relationship from 2005. Before marriage, they have given birth to two children. On 28 December 2007, they have their first son, Louis Thomas Buffon. She gave birth to her first son at age 29. On 1 November 2009, she and Buffon have their second child son, David Lee, in Milano, Italy. She has given birth to her two sons before her marriage. Their married life came to an end in May 2014. Buffon announced his separation from Alena. After their separation, Alena is in a relationship with Alessandro Nasi, who by profession is a top lawyer in Italy and is from one of the most richest and powerful families of Italy.

She is seen as very active in Social media. Her official twitter account is by the name @alenkaseredova. She has been followed by 112K +followers and has tweeted more than 3000+ times. She is seen using this account to share her information and her works with the followers and the fans. Not only that, but she has also opened her Facebook account as Alena Seredova. Her Facebook page has got more than six hundred thousand likes.