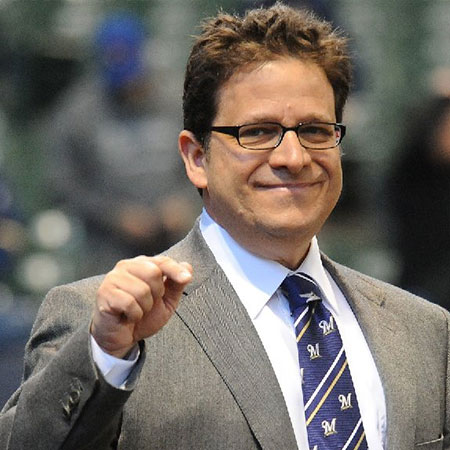 Mark Attanasio, the owner of the Milwaukee Brewers is a businessman from Los Angeles. He made an agreement in September 2004 with an investment group to buy the Brewers from Major League (MLB) Commissioner Bud Selig’s family for an estimated worth of $223 million. In 2004 he reached an agreement on behalf of an investment group and at the winter meeting of the owners on 13th January 2005, the agreement was approved by MLB.

As of 2019, Attanasio has an estimated net worth of $700 million. Attanasio is married to wife Debbie Attanasio and father of two children. Scroll to know more regarding his bio, salary, and career.

As a veteran businessman, Attanasio is able to build an impressive profile over the years. With a huge turnover of the business company, he has supposedly earned a massive amount as an owner and successfully gathered a net worth around $700 million.

Attanasio is the founder of Crescent Capital Group, an alternative investment firm focused on below investment grade credit markets with primary strategies that include funds that invest in senior bank loans, high-yield debt, and distressed securities. The company has over 150 employees and $25 billions of total assets under management and has made investments in over 190 companies since its inception.

Attanasio also owns Trust Company of the West (TCW), an asset management firm with a broad range of products across fixed income, equities, emerging markets, and alternative investments. The company held $191 Billion assets under management or under management as of 31st December 2018.

Owning a multi-billion companies as well as an American professional baseball team, it’s quite suitable to have a net worth of $700 million and there is no doubt in the increment of assets in upcoming years.

Glancing on multi-millionaire’ personal life, Attanasio is a married man. His wife Debbie Attanasio is the first lady of the Milwaukee Brewers and co-founder of the LA-based investment firm. She is also a senior executive for Trust Company of the West and TCW Crescent Mezzanine. Formerly known as Deborah Kaplan is the daughter of Barbara and Martin Kaplan. 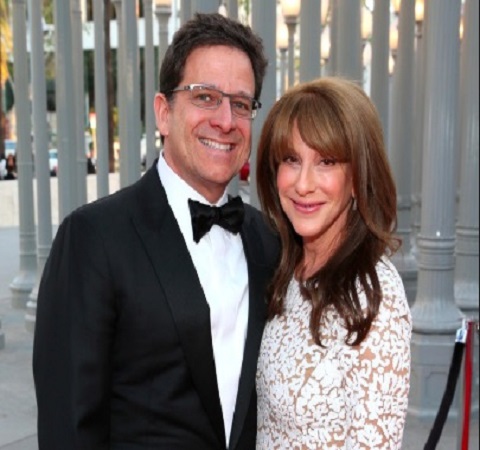 Debbie and Mark first met at a very early age. They attended the same schools and only separated when Debbie went to Harvard. 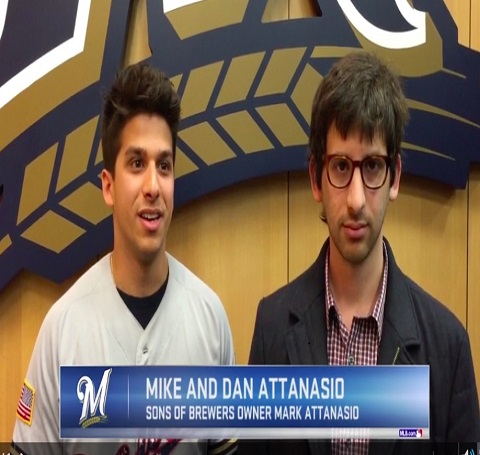 The couple exchanged their wedding vows in 1986, in Manhattan, New York. They together have two sons, Michael born in 1991, and Daniel born in 1987. Michael is a graduate student from the Massachusetts Institute of Technology and Dan along with his wife, Elizabeth Metzger welcomed a son in 2017.

Mark L. Attanasio was born on 29th September 1957, in The Bronx, New York. His father, Joseph Attanasio is an actor and mother, Connie Attanasio, a real estate broker. As per his nationality, he is American and belongs to White ethnicity. Further, his star sign is Libra. Attanasio grew up along with his brother, Paul Attanasio, an American screenwriter and film and television producer.

Talking on educational background, after completing high school in New Jersey, Attanasio attended Brown University and earned his bachelor degree in arts in 1979. In 1982, he received his Juris Doctor (J.D) degree from Columbia Law School.

In 1991 Mark Attanasio co-founded Crescent Capital Group, a Los Angeles investment firm which was later purchased by the West Trust Corporation in 1995. Later, in 2001, Attanasio joined the management board of Global Crossing, a telecommunications company that submitted bankruptcy in January 2002 but shortly he resigned his position on the Board.

Moreover, Attanasio is also a founder and senior managing director of the Crescent Capital Group, an alternative investment firm.

The Milwaukee Brewer and the family Selig announced in September 2004 that they accepted Attanasio’s bid to purchase the team.

Attanasio is a partner of the Admirals from Milwaukee with Gord Ash and former pitcher Ben Sheets. He was a leading promoter of the well-known artist Andy Warhol at the Milwaukee Art Museum.