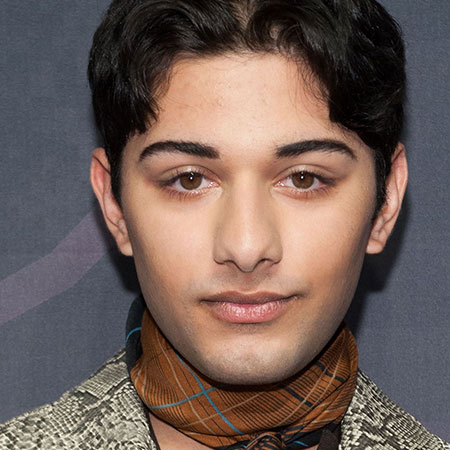 Mark Indelicato is an American actor who has also gained an identity as a singer, fashion blogger and photographer. He is best known depicting the role of Justin Suarez on the ABC comedy series Ugly Betty.

Mark Indelicato was born on July 16, 1994, in Philadelphia, Pennsylvania, the United States as the son of Lynn and Mark Indelicato Sr. He attended Dupree School of Music in Linwood, New Jersey. Before attending the music school, he took acting classes at The Actors Center in Philadelphia. Having a keen interest in acting since his early days, he started his acting career when he was eight years old from Walnut Street Theater. Since then he has made an appearance in various television series.

Later on, he attended the Professional Performing Arts School.

Similarly, he starred as Antonio in an episode of The Suit Life Of Zack & Cody. He came into the limelight after his appearance on the hit series Ugly Betty. The role of Justin Suarez, the vivacious fashion savvy nephew of main character Betty Suarez, which gave him name and fame as an actor.

On the other hand, some people even dare to send him death threats because of his Ugly Betty role. He shared such experiences in a special episode of Dr. Phil.

After Ugly Betty, he appeared on Hot in Cleveland (2010) and Madison High (2011). Since then, he has remained relatively less active on the screen.

Besides his television appearances, he performed on the “Wick Day” 5th Anniversary concert on Broadway in New York City and at the Gershwin Theater in February 2009. He also portrayed the role of Artful Dodger in the CLO production of  Oliver!.

Indelicato represents himself as a gay. moreover, Indelicato also  describes himself as a pescatarian, one who includes fish and seafood in a diet but does not consume the flesh of another animal.

Indelicato transformed himself from a TV star to a student after his appearance on Ugly Betty.  In 2012, he mentioned himself as a student of New York University on his Twitter account. In an interview published by usmagazine.com in October 2014, he said:

I’m not the type of person that looks for people to recognize me and talk to me. On the first day of classes…I was like nauseous. I didn’t want to go,” he admitted. “I feel like the way that I dress…I don’t really blend in with the crowd normally, so people mistake that as me being confident, when in reality, I am so, so shy.”