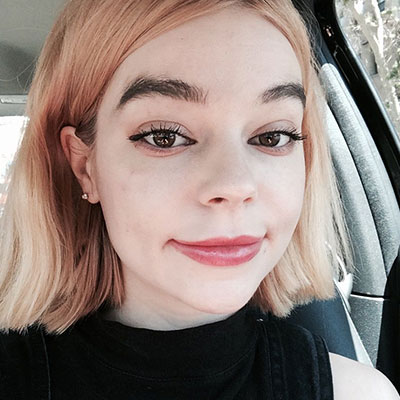 Brittany Alexandria Sheets, popularly known by her YouTube name, Mars Agro, is a YouTuber and a singer. Mars was the lead singer of her former band, Mars Argo.

Born on April 20th, 1988, Saginaw, Michigan, USA, Mars was raised up in the same place she was born, Argos’s family owned two horses. Having two horses in the family, Mars was naturally was interested in them and she learned to ride horses since then.

Mars says that her mother believed that computers and video games were an unwanted distraction and discouraged its uses. Due to this reason Mars spent most of her childhood outdoors and with horses. Mars was enrolled in the university with a biology major.

Mars Argo’s career began after she met her ex-boyfriend, Corey Michael Mixter, popularly known as Titanic Sinclair in 2008. Titanic asked Mars to work with him on his project. Mars agreed and then the couple together began their project on the YouTube for Grocery bag and they later expanded to a band named Mars Argo to write their own music and use it for their YouTube videos.

Mars has released one studio album, Technology Is a Dead Bird on November 6, 2009. In 2011, Mars released a compilation album with the title as her stage name. On August 18, 2010, and June 18, 2013, Mars released two live albums named Internet Sessions and Live at Bedrock Studios.

Mars Agro and her ex-boyfriend recently surfaced back to news after Mars filed a lawsuit against Titanic for copyright violation claim. Mars stated that Titanic, who is now working with ThatPoppy; real name Moriah Rose Pereira, started to mimic Mars music and songs on their YouTube channel. Mars also claims that she found that Titanic was stalking her from her social media pages.

To get into more creepily disturbing pieces of stuff about this recent news is that Mars says that ThatPoppy was starting to copy her style and personality and is beginning to appear as Mars’s look alike.

This news doesn’t come as a big shock to Titanic and Mars’s fan as the former couple can be seen badmouthing each other on their social media pages.  The feud that started after Mars’s and Titanic breakup seems to be in a continuum.

Mars and Titanic met each other via the then popular social media app, My Space in 2008. They were immediately attracted to each other and started dating. Soon in 2009, they started their own YouTube project and gained overnight popularity through it.

The YouTube stars’ net worth, income, and salary are yet to be determined as it hasn’t been disclosed yet. We can make an assumption that Mars is living a lavish lifestyle from her earning from YouTube and royalty from her various music published. Her net worth surely runs in million dollars.