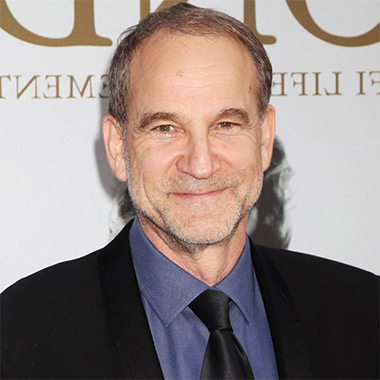 Well-known American film writer, director as well as a producer, Marshall Herskovitz is the current President Emeritus of the Producers Guild of America. He has mainly known for his productions such as The Last Samurai, I Am San, Traffic and Blood Diamond. As a director, his famous directed movies are Dangerous Beauty and Jack the Bear.

EARLY LIFE & HIS RISE TO MAINSTREAM

Marshall Herskovitz was born  on 23 February 1952, in Philadelphia, Pennsylvania to a Jewish parent, Frieda and Alexander Herskovitz. His full name is Marshall Schreiber Herskovitz. He studied at Brandeis University and graduated from there in 1973.

In 1975, he entered to AFI Conservatory; it was during this time he first met Edward Zwick. With whom he later collaborates and runs the television and film production company called The Bedford Falls Company. The production company is mainly known for its classic film It’s A Wonderful Life. Their project also includes the film Love and Other Drugs. He is a regular contributor to The Huffington Post blog, since May 2005. He was also featured in The Dialogue interview series. In 2006, Marshall was named the president of the Producers Guild of America and served this status until the end of 2010. He is also the writer of 2016 action thriller film ‘Jack Reacher: Never Go Back,’ which is reportedly scheduled to release on 21 October 2016.

The notion that moving toward renewable energy will kill jobs is an absurdity on its face. The notion that we have to live smaller lifestyles; not have the American way of life or give up the American Dream is just ridiculous. It is the opposite of the case; a new energy paradigm will create opportunity.”

According to IMDb, he has won 15 awards and earned 10 nominations. In 2001 he was nominated for Oscar award at Academy Awards, the USA in the category Best Picture for movie Traffic. He was awarded Primetime Emmy Award in 1983 and 1988 for drama Special Bulletin and thirtysomething respectively. He was also nominated for Primetime Emmy Award in 1989, 1990, 1991 for drama thirtysomething and in 2002 for program America: A Tribute to Heroes. In 2006 he won the Franklin J. Schaffner Award at American Film Institute, USA. He won Directors Guild of America, USA Award in 1988 and 1989 for the dramatic series thirtysomething. In 1990 he was awarded the same award in the same dramatic series thirtysomething. Marshall is also the winner of 1983, 1988 and 2001’s Humanitas Prize. In 1991 he was nominated for the same award in the 90-minute category for Extreme Close-Up. He was also awarded OFTA Film Award in 2001 for movie Traffic. In 2002, he was nominated for the same award for a drama series Once and Again. He was awarded Stanley Kramer Award in 2002 at PGA Awards for his production ‘I Am Sam’. He was also nominated for PGA Award for The Last Samurai. In 1984 and 1989 he won WGA Award. He was also awarded Laurel Award for TV Writing Achievement at Writers Guild of America, the USA in 2012.

Marshall Herskovitz was once married to a screenwriter, Susan Shilliday in 1981. The couple divorced in 1993 after they were blessed with beautiful lovely daughters. In 2015, he married Landry Major to be her second wife. Major is a photographer and is still together with no signs of divorce till date. Although, Herskovitz’s successful career has earned him millions of dollars his exact net worth and salary are not revealed by any media.