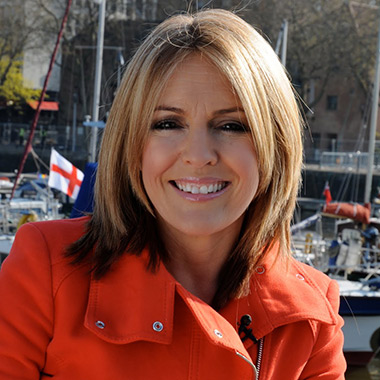 Helen Fospero is an English journalist, newsreader as well as television and radio presenter, who is currently working as a reporter for BBC’s ‘Watchdog’ and ‘The One Show’. Prior to this, she is best known for presenting a number of  GMTV’s shows including ‘Daybreak’ and ‘Lorraine.’

Regarding her personal life, she is married and has two children with her husband. Furthermore, her net worth in 2019 is estimated at $3 million.

Helen Fospero Net Worth and Salary

Fospero has an estimated net worth over $3 million in 2019. The significant source of her income is her career as a journalist. Fospero’s salary is yet to revel. But looking at her career, her salary is estimated no less than the six digit figure annually.

Analyzing her official socials, it seems that Fospero visits worlds mesmerizing holiday destinations during her vacations. Furthermore, she always carries herself with expensive and branded dress and accessories. 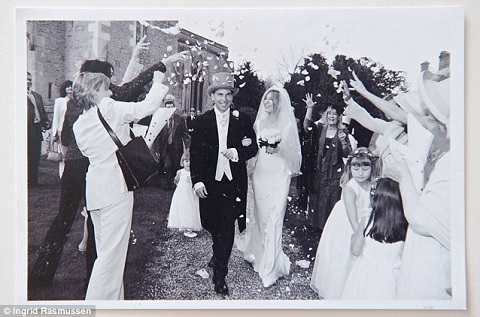 Currently, the family resides in London.

Furthermore, Fospero is a sponsor of the Nicholls Spinal Injury Foundation, where she has been involved in raising £5 million to advance up research for a breakthrough cure for paralysis.

Helen Fospero was born as  Helen Jane Morton on 30 August 1966 in Cleethorpes, Lincolnshire, England. She spent most of her childhood in the neighborhood of Grimsby, where she attended Whitgift School, Crosland Road, Grimsby.

Before her 18th birthday, she left her school and worked briefly at the local weekly newspaper.

After working here for years she was soon recognized by many peoples and by the fall of the 1980s, Fospero was hired by Sky Television as its journalist. Initially, she was a home news editor during the launched of its channel in 1989.

Soon, she became a reporter and presenter for programs like ‘Live at Five’ and  ‘Sunrise’, which she holds the position for nine straight years. In 1997, she met an award-winning journalist John Stapleton who acts as a mentor to her after she left Sky Television and was eventually hired by Breakfast television station GMTV. She initially acts as their correspondent for Showbiz and later became the correspondent for the United States, based in New York City.

In November 2002, Helen Fospero was appointed by Greg Dyke when the BBC launched new Yorkshire & Lincolnshire area. Here, she presented the new version of  ‘Look North’ alongside Peter Levy. She severed the stations for a couple of years and left after she conceived her first daughter in 2004.

She then returned to London in search of a new position and joined Sky News and Channel 5 News after standing in on BBC London News. In mid-2009, Fospero decided to work as a freelance presenter after the birth of her second child.

Helen also made a guest appearance in ‘Lorraine’ on ITV Breakfast programme for the first time in the place of Fiona Philips. Since then she was cast regularly in the show as stand-in host on school holidays and Friday mornings. She was also given an opportunity as a stand-in presenter to present the show Daybreak.

In 2012, she had her best role for Daybreak as she interviewed Elton John in his home in Nice, France. This was the first interview she had done outside from Daybreak and was broadcasted on 20 July 2012.

In September 2012, Daybreak was relaunched and Fospero worked as a stand-in newsreader presenting Daybreak’s Newshour from 6 am to 7 am. On 22 April 2014, she made her last appearance on Daybreak,  just three days before the show ended. She was also seen as the guest presenter for This Morning in 2013.

Helen Fospero was also seen playing in mini-series Black Mirror as Lucinda Towne. She then joined BBC One in November 2014 as a regular reporter in the programme ‘Watchdog’. Since 2015, Fospero was assigned to work for the BBC magazine show called ‘The One Show’ as its reporter.

Espero portrayed Lucinda Towne in the episode “The National Anthem” in the TV mini-series ‘Black Mirror’. She also played as herself in two episodes of Southcliffe and one episode of the BBC Two documentary series ‘How TV Ruined Your Life.’