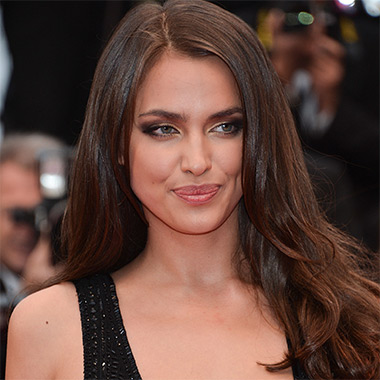 Irian Shayk is a Russian model, who has done modeling for numerous brands and company. She is sometimes credited as Irina Sheik. Recently, she has landed a role in several movies.

Born as Irina Valeryevna Shaykhilslamova on 6 January 1986, in Yemanzhelinsk, Russian SFSR, Soviet Union. Her parents are Volga Tatar, a coal miner, and Olga, a music teacher. According to one of her interview, she said that her face is credited from her father and is often said to be South American by people. She has a sister named Tatiana. Irina started playing piano at the age of six. She attended a music school for seven years as of her mother’s choice since she was nine years old and learned to play piano as well as sang in the choir. Her father died because of complications from pneumonia when Irina was just the age of 14. Growing up from a poor family, she studied marketing in her high school but failed the exam. She then joined a beauty school with her older sister.

FROM POOR FAMILY BACKGROUND TO ONE OF THE HIGHEST PAID MODEL

For her pretty beautiful face and body figure, she was noticed by a local modelling agent and invite her to do modelling. Since then, Shayk started modelling for various magazines and commercial, including Lacoste, Morellato, Victoria’s Secret catalog and Cesare Paciotti. In 2004, She was crowned with Miss Chelyabinsk. She received international recognition after she replaced Ana Beatriz Barros in 2007 and became the face of Intimissimi for three years. She also debuted in Sports Illustrated Swimsuit Issue in the same year. She has done photo shoots in many places including Naples, Chile, St. Petersburg, Grenada and much more.

Later in 2010, Irina was officially named the ambassador for Intimissimi brand. She also had a modelling contract with Guess spring/summer 2009 and Beach Bunny Swimwear. She was seen on the magazine covers of Bolero, Twelv, Paris Capital, Annabelle, Jalouse, and Woman. In May 2009, she signed a contract with IMG modelling agency and modeled for the Armani Exchange spring/summer 2010 campaign. She also starred in artist Marco Brambilla’s directed Kanye West’s Power. For the August issue, she was on the cover of GQ South Africa and Ocean Drive.

HER CAREER CONTINUES TO SHINE

The complex magazine listed Irina Shayk on the 50 Hottest Russian Women. She later moved to high fashion with a spread in Spain’s Harper’s Bazaar. For the November 2010 issue, she landed on the cover of Elle Spain. In the GQ Spain December issue, she was pictured nude and commented about the photo saying she did not strip for the photo shoot. Irina is the first Russian to appear on the cover of Sports Illustrated Swimsuit Issue. She appeared in the John Denim advertisement campaign and on the cover of Cosmopolitan Spain, Amica Italy, Tatler Russia, Twelv in 2010. In the special edition for Christmas, she was also seen on the cover of Elle Spain. During her modeling career, Irina has worked with many brands including XTI, Replay and also replacing Bar Refaeli in Rampage.

She worked with Mariano Vivanco as she covered L’express Styles magazine in September 2012. In February 2013, she covered Vs. Magazine with Anne V.

Hungarian magazine Periodika voted her as the Sexiest Woman in the World. She was also seen on the cover of GQ Germany, Esquire UK, Marie Claire Ukraine, Harper’s Bazaar Arabia and Ukraine in 2010. In the same year, she also featured on 14 Cosmopolitan spring covers worldwide. She also covered Allure Russia in September. She as a cover model featured in Vogue Spain which was photographed by Giampaolo Sgura. She was awarded Best International Model by Glamour Spain in 2010.

Footballer Cristiano Ronaldo’s ex-girlfriend, Irina Shayk debuted her film appearance in ‘Hercules’ as Megara alongside Dwayne Johnson. She also has done many charitable works and is seen in many charity programs.

Irina Shayk was in a relationship with Portuguese footballer Cristiano Ronaldo. They dated each other from 2010 to 2015. Currently, Shayk is dating an American actor and producer, Bradley Charles Cooper. She is a pet lover and has a Labrador breed dog named Caesar.