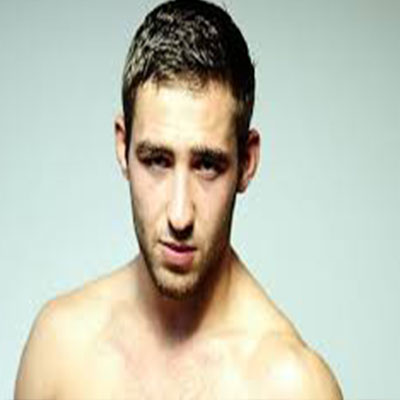 The 2011 and 2012 GnP1.de “Young Fighter of the Year” title holder, Martin Buschkamp is a German mixed martial art artist. Currently, he is fighting out of Tuttlingen, Germany. He is affiliated with Planet Eater gym. Martin fights in the featherweight class. He is known by the nickname of Barracuda.

He is in a relationship with girlfriend, Charley, she goes by the Instagram handle Charley_xx3. All of his brothers are active MMA fighters. To know more about Martin and his early life, career, education, married life, affairs, relationship, net worth, salary and much more.

Instagram: Martin and his brother when they were 4 years old;

My twin brother at my side!!! four years and 24 years?? Brasil – Germany #twins#twin#brother#brothers#famely##kids#buschkampbros#brasil#germany

Martin has a twin brother and an elder brother who is two years older than him. He and his brother’s favorite movies used to be Batman and Ninja Turtles which were inspirations for them to take on martial art classes.

Martin Buschkamp started out by fighting in amateur fights. His first amateur fight was on February 6th, 2010 against Marc Bockenheimer at FFA – New Talents 11. He won his first match.

On June 5th, 2010 he faced Jens Backof at Shooto Germany – Grossostheim and won via submission. He won against Naser Wahabi on the same day. Buschkamp lost his first amateur fight from Maurice Skrober on the same day he won the above two.

His last amateur bout was against David Adam at German Vale Tudo – Open 2010 on December 11th, 2010. He won the fight via submission.

Martin made his debut on professional games on November 7th, 2009 at UCS – Fighting Day 5 where he fought against Tansu Altin. He won the bout with a rear naked choke submission.

Buschkamp’s second match was with Marcel Jedidi and Soufian Haj Haddou at OC 24 – 10th Anniversary Event on July 16th, 2011. He won the bout against both of his opponent via a rear naked choke submission.

His bout on February 16th, 2013 was canceled due to accidental cut. He was the put up against Matteus Lahdesmaki at CWFC – Fight Night 8. Martin won the match via unanimous decision. He then competed against Davide Baneschi at Shooto – Switzerland on June 7th, 2014 and won the bout.

On September 13th, 2014 Martin was setup against Vugar Bakhshiev at GMC 5 – German MMA Championship 5 and won the fight.

His last fight was with Rasul Khataev at Hit-FC – Hit Fighting Championship on June 27th, 2015 which he won via rear naked choke submission.

Through Martin’s Instagram page we can clearly see he in a relationship with girlfriend, Charley, she goes by the Instagram handle Charley_xx3. She is a Ph.D. student and is pursuing her degree in neurobiology. She is 25 years old.

In an interview, Martin said that his heroes are Rafael Mendes, Frank Stäbler, and Georges St. Pierre. Currently, in the training, he is alternating between boxing, wrestling, and jiu-jitsu at night. He spars hard twice a week.

All of his brothers are an active MMA fighters.

Martin has not revealed his net worth or salary yet .But it seems he is earning quite well to live a standard life. He is seen frequenting many places with his family members and girlfriend Charley. He has not lost any of his professional matches so he must have accumulated a nice sum of win bonus through his bouts.

Martin is sponsored by Phantom.